The Returned Peace Corps Volunteers of Wisconsin – Madison group was formed in 1981 in response to Peace Corps suggestion to all campus recruiters that they start up local groups of RPCVs, in celebration of their 20th anniversary. Four members gathered at the Avenue Bar with the recruiter in February 1981 (fondly remembered, rightly or not, as Valentine’s Day). A Constitution and Bylaws were drawn up, and we were officially incorporated on October 18, 1982.

Members found camaraderie in their shared experiences. Further, Peace Corps founders had given volunteers a mission: to return to their communities and use their experiences to create understanding among people. This is known as the Third Goal. As part of early community outreach, the group established a speakers’ bureau and created and taught lessons on Latin American and African culture in Madison schools. 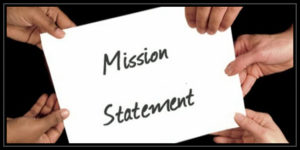 We are a group of Returned Peace Corps Volunteers and other individuals who promote Peace Corps ideals by: