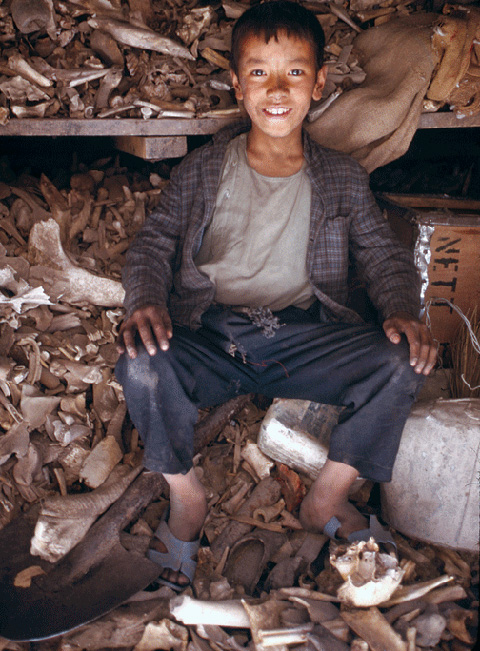 In the early 1970s, Kabul, then a city of 650,000, had no landfills. Instead an efficient “kid-based” system kept the city free of trash. Each morning, neighbor_hood residents dumped their trash and food waste at designated spots. Teams of children with gunnysacks sorted the refuse, bagging the recyclables they found. When only food scraps remained, goatherds arrived with their flocks and fresh hay brought by donkeys was spread over the garbage. The four-footed kids grazed the hay and garbage down to bare earth while the two-footed kids made their way through the congested maze of the Old Bazaar. There, wholesalers bought the bones, metal, rubber, paper, cloth, and plastic from the children and delivered it all to factories and workshops. Everything was recycled.
– Bill Witt ©1974
Peace Corps Volunteer (TELF–School for Male Nurses), 1973-75 Afghanistan

The Places In Between
by Rory Stewart

Book Description
Stewart began a walk across Afghanistan from Herat to Kabul launching a journey through a devastated, unsettled, and unsafe landscape. The recounting of that journey makes for an engrossing, surprising, and often deeply moving portrait of the land and the peoples who inhabit it.

The breadwinner
by Deborah Ellis