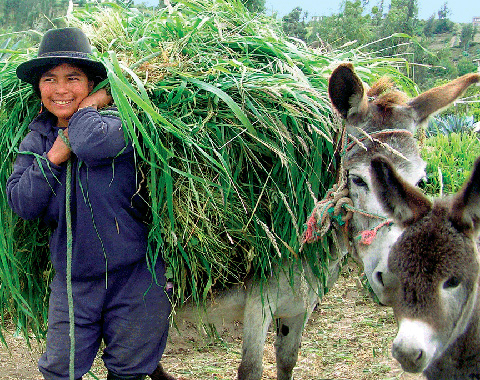 Early in the morning, the men and women of Salasaca, an indigenous community in the central Andes of Ecuador, head for the fields. There, they cut fresh grass and alfalfa to bring back to their sheep, cows, and guinea pigs. Caring for their animals is an important part of daily life, and the job of carrying the heavy loads back is shared by the people and their donkeys. Here a colt trots alongside his mother as they make their way home along a dirt path.
– Lisa Benitez ©2007

Book Description
A collection of honest, first-hand accounts of the most memorable people, places, and moments from a young man's year-long journey. A colorful mix of tales incorporating levity, beauty and even boredom, in an unexpected and refreshing way.

The Queen of Water
by Laura Resau and Maria Virginia Farinango