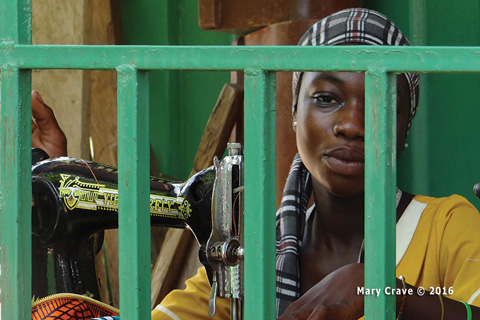 Custom-made clothes in bright prints are popular in Ghana for both men and women, creating a need for thousands of dressmakers—and an important opportunity for women to support their families. Many young women complete two-year apprenticeships before setting up their own businesses in small, open-air shops in the market or along a main road. Machines are hand-cranked, so unreliable electricity won’t slow down the work. September is an especially busy time, with orders for standard school uniforms, while December brings orders for new outfits for the holidays and the new year.
–Mary Crave © 2016 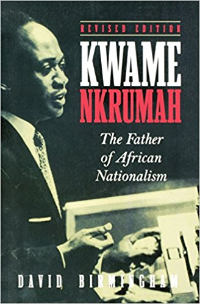 Kwame Nkrumah: The Father of African Nationalism
By David Birmingham

Summary:
The first African statesman to achieve world recognition was Kwame Nkrumah (1909-1972), who became president of the new Republic of Ghana in 1960. He campaigned ceaselessly for African solidarity and for the liberation of southern Africa from white settler rule. His greatest achievement was to win the right of black peoples in Africa to have a vote and to determine their own destiny.
He turned a dream of liberation into a political reality. He was the leader of Ghana who urged Africa to shed the colonial yoke and who inspired black people everywhere to seek their freedom.
This revised edition of Birmingham's fine and accessible biography chronicles the public accomplishments of this extraordinary leader, who faced some of the century's most challenging political struggles over colonial transition. African nationalism, and pan-Africanism. It also relates some of the personal trials of a complex individual.
As a student in America in the late 1930s, Nkrumah, shy, disorganized, but ambitious and persistent, earned four degrees in ten years. For political training he then went to England. Nkrumah found writing difficult throughout his lifetime, but once back in his African homeland, with its oral heritage, Nkrumah blossomed as a charming conversationalist, a speechmaker, and eventually a visionary and inspiring leader.
Nkrumah's crusades were controversial, however, and in the 1960s he gradually lost his heroic stature both among his own people and among his fellow leaders. He lived his last years in exile.
This remarkable life story, which touches on many of the issues facing modern Africa, will open a window of understanding for the general leader as well as for graduate and undergraduate classes.
In this new edition, Birmingham also examines Nkrumah's exile and provides insight into the image of Nkrumah that has emerged in the light of research recently published.

About the Author
David Birmingham lived in Switzerland from 1947 to 1954 as a child and returned there in the 1990s as a visiting historian. From 1980 to 2001 he held the chair of Modern History in the University of Kent at Canterbury in England. He is the author of many books, including Portugal and Africa.

Review
“This is a biographical study of one of the most complex African leaders of the twentieth century colonial era. The book admirably traces the problems Nkrumah faced as a student and aspiring politician…. The book is a colorful biography and assists the reader in understanding the tribulations and aspirations of Third World leaders in guiding their countries through the uncertain transition from colonialism to independence.”—African Studies Quarterly 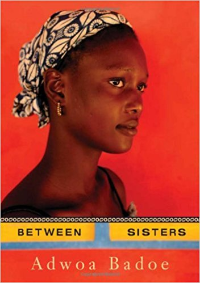 Between Sisters
By Badoe, Adwoa

Sixteen-year-old Gloria, who lives in poverty in Accra, dreams of becoming a dressmaker but has difficulty with school, and when a distant relative offers to pay for dressmaking school in exchange for Gloria looking after her son in Kumasi, Gloria accepts the offer and finds that life in Kumasi is full of temptations and distractions which she must struggle to overcome.

Summary (IMDB): When Prince Wenambe hands the little kingdom of Kotengbi over to Mansa Musa to protect, he wins the throne from his father. To ascend the throne though, he must find a wife. His choice is the beautiful Soraya who is betrothed to Dume the hunter. But he is the Prince and what he wants he gets, so Wenambe marries Soraya in the time when Mansa Musa begins to sell the Kingdom of Kotengbi to slave traders. The folly of choice. Wenambe becomes a pawn of the gods; taunted daily by Alarka the old seer, he turns into a man troubled and confused, and not even the son Soraya bears him is able to wipe away his shame. He becomes a ruler of slaves, but the gods still weave an intricate web, yarn after yarn, and a new era is born, a new hope—though lined with the arrival of other slave traders even more powerful than Mansa Musa himself.