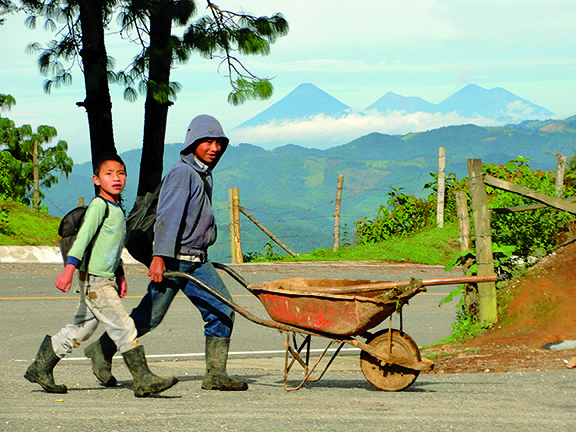 Here, in a village in rural Guatemala, elementary school children push a wheelbarrow of cow manure across the main road to add to their school compost pile. Their village is perched on a mountain in a cloud forest, 8,000 feet above sea level. In the far distance, volcanoes rise high above the clouds. Other children arrive at the school carting sacks of dry leaves, kitchen scraps, and grass. In six months, the compost will be ready to fertilize the Swiss chard, carrots, onions, and cilantro growing in the school garden. Mothers will use the produce to prepare nutritious snacks for their children.
– Libby Gaige © 2011
PCV, Guatemala 2009 - 2011 Sustainable agriculture, food security 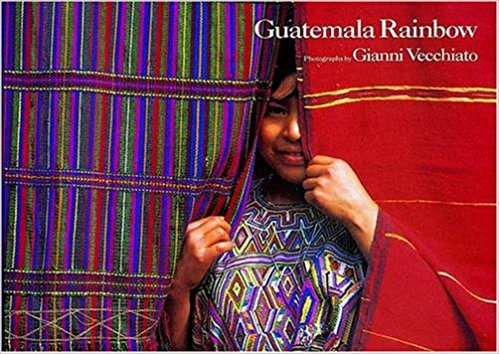 Book Description
This book presents 150 superb photographs providing a magnificent view of the textiles, people, and daily life of Guatemala. It is truly a feast for the eyes and spirit. 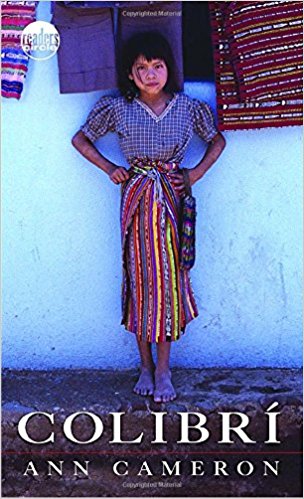 SYNOPIS: Boldly exploring the boundaries of fiction and documentary, emerging Guatemalan filmmaker Julio Hernández Cordón’s original and entertaining film follows three musicians from Guatemala City as they attempt to fuse improbable musical styles. The result is a skillfully constructed narrative that reflects on important issues in contemporary Guatemalan culture. Don Alfonso plays the marimba (xylophone) for a living but as his traditional music is seen as increasingly old-fashioned, he finds himself without a job. When his glue-sniffing godson introduces him to Blacko, an old heavy-metal legend of the Guatemalan underground, they decide to do something radical and fuse the sounds of the marimba with heavy metal. This innovative idea sparks the beginning of an unexpected collaboration. Filled with laugh-aloud moments, Marimbas from Hell is brilliantly farcical, but with a sharp strain of melancholy. Hernández Cordón continues his work with non-professional actors, creating an incredibly fresh and unique story that conveys a moving and authentic sense of Guatemalan life.

QUOTES/REVIEWS: “… a brilliant and absurd comedy however you look at it, funny and moving at the same time, whose centerpiece is an excellent excuse to create a fun and original story… this notable film from Guatemala is one of the best Latin American comedies in a long time, a true gem that should not be missed.” Robert Koehler, VARIETY “A likable work, a mix of documentary and fiction whose characters resound with the humorless humor of Smoke, the Wayne Wang film with Harvey Keitel. Very precarious, yes, but with something that sets it apart itself from others, united in their vision of a forgotten continent. Actors not actors, locations “just around the corner.” A little surprise, over all for those who search for authentic Latin American cinema.” - Isabel Croce, DIARIO LA PRENSA

Wikipedia: This 1983 documentary film focuses on the war between the Guatemalan Military and the Mayan Indian population of Guatemala. The film centers on the experiences of future Nobel Prize winner Rigoberta Menchú, who won the Nobel Peace Prize in 1992, nine years after the film came out. When The Mountains Tremble won the Special Jury Award at the Sundance Film Festival, the Blue Ribbon Award at the American Film Festival, and the Grand Coral Award/Best North American Documentary at the Havana Film Festival.

N.B. In 2014, filmmaker Pamela Yates said she would be re-editing the film to correct an error. A scene will be corrected to show that the Batzul massacre highlighted in the film was committed NOT by the military, but by leftist rebels disguised as soldiers. Yates has said she will also amend a 2011 follow-up documentary, "Granito: How to Nail a Dictator."

SYNOPSIS from IMBD: Qak'aslemal presents the diverse worlds that form the multicultural and multiethnic Guatemala. Through the personal view of its director, we see a knitting of images of Guatemalan people, the surroundings, jobs, and traditions in four musical movements: Genesis, Cultures, Religion, and Death. The arid view of the sandstone pillars of Momostenango, the hands of the women weavers of San Juan la Laguna, the huge kites of Sumpango, and the ruins of the Mayan civilization are some of the images registered to make an analogy with the cycle of life, in a perfect balance of beauty and reality. 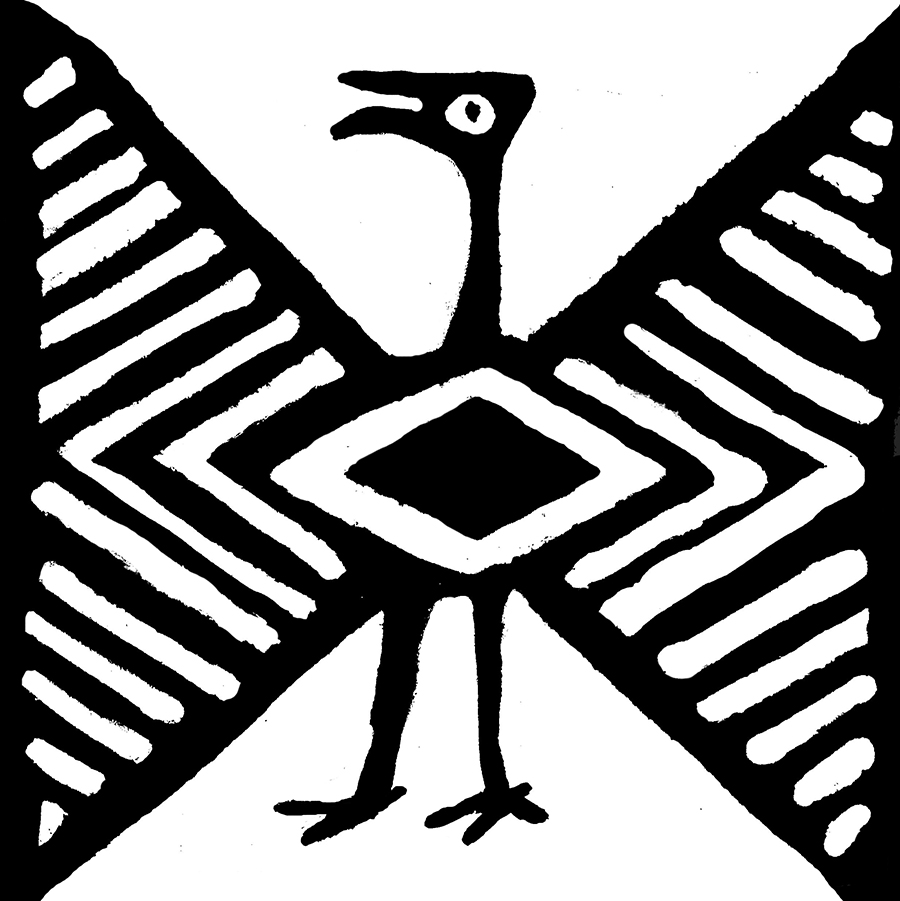