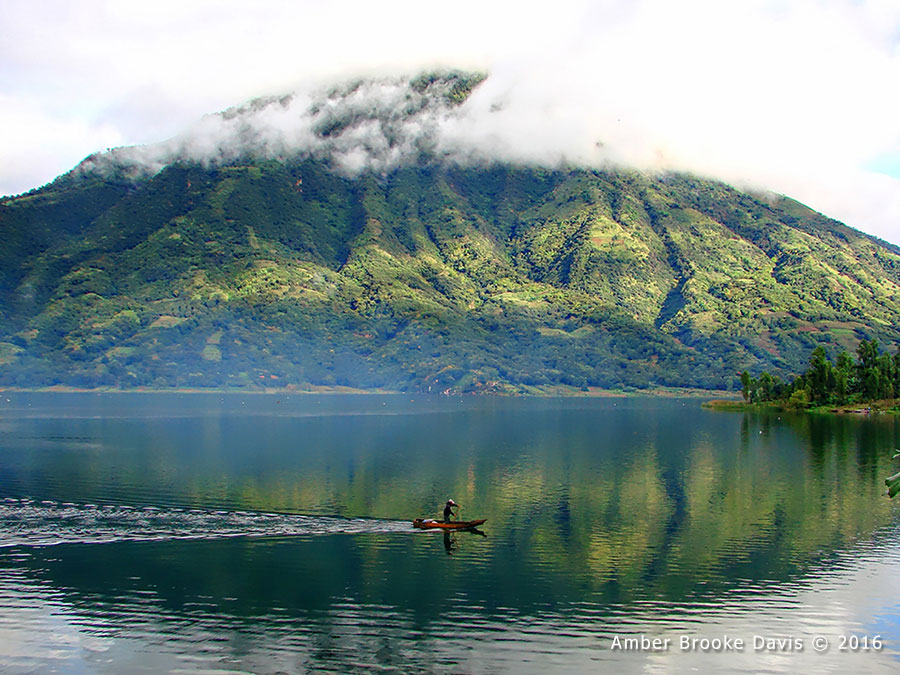 With three volcanoes flanking its southern shore, Lake Atitlán is renowned as one of the most beautiful lakes in the world. Its shoreline is dotted with villages where Maya culture endures and traditional dress is still worn. Locals live off the land, which is rich in ash and other minerals, and traditional maize farming methods are unchanged in a conscious effort to honor ancient customs. With no road encircling the lake, communities are generally reached only by boat.
– Amber Brooke Davis ©2007
PCV Honduras 2002–2004
Family Hillside Farming

Religions Roman Catholic 46%, Protestant 40%, none 12%, other (including indigenous Mayan beliefs) 2% 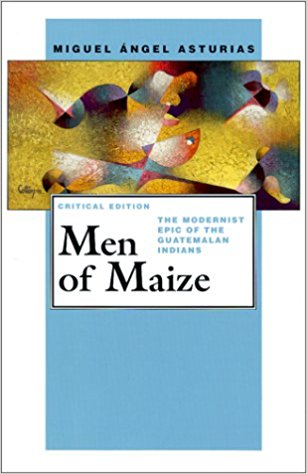 Social protest and poetry; reality and myth; nostalgia for an uncorrupted, golden past; sensual human enjoyment of the present; 'magic' rather than lineal time, and, above all, a tender, compassionate love for the living, fertile, wondrous land and the struggling, hopeful people of Guatemala.

(Saturday Review Winner of the 1967 Nobel Prize for Literature)

Men of Maize is the critically acclaimed novel written by Miguel Angel Asturias. Born into poverty in Guatemala City in 1899, Asturias tells the history of the post-colonized society of Guatemala that continually oppresses its native Mayan dwellers. Asturias tells this story from a wide variety of perspectives: his own personal accounts, through the history and culture of his native land, through the actions of the government, and through the eyes of the people of Guatemala. His story is moving and it brings to life, as does the testimony of Rigoberta Menchu, many of the trials and challenges that face native peoples that are forced to defend their land and fight in order to survive, but ironically Men of Maize is a work of fiction. Though Asturias uses some of his personal experiences, this novel is not told as a testimony.

From Library Journal
This critical edition (Pittsburgh Editions of Latin American Literature) of Asturias's 1967 Nobel prize-winning work includes the full text of the novel and several essays on the book by noted scholars plus a bibliography.

In 1981, with the arrival of soldiers in his Guatemalan village, Carlos must flee and join a band of guerillas who head to the mountains where his grandmother lives to warn her about the soldiers.

Summary:
“María, a seventeen-year-old Mayan (Kaqchikel) girl, lives on the slopes of an active volcano in Guatemala. An arranged marriage awaits her, but her suitor must first spend months working in the city. It is a world María knows nothing of, but is forced to grapple with when problems arise.” - IMDb

A Latin rock band from Guatemala, Alux Nahual was formed in 1979 by brothers Plubio, Ranferi, and Alvaro Aguilar, who played with Oscar Conde, Lenin Fernández, and Paulo Alvarado. This band was born in the context of the confrontation between the guerrillas and the army.

Alux Nahual, a Maya-Quiche phrase which means “the goblin spirit,” has been considered a Central American pioneer for being one of the first to claim a Latin rock identity. Through the 1980s, Alux Nahual was an inspiration for underground musicians who were waiting for a chance to get into the mainstream. Years active: 1979–1999, 2006–present.