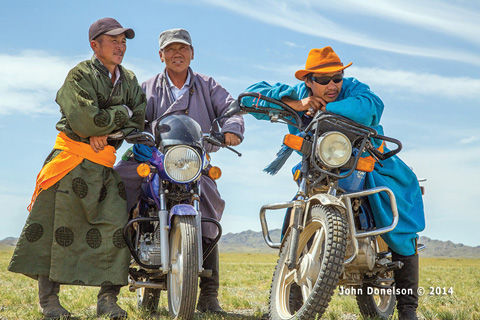 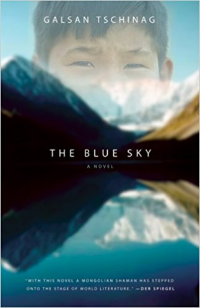 Summary:
In the Altai Mountains of northern Mongolia, the nomadic Tuvan people’s ancient way of life is colliding with the relentless influence of the modern world. For a young shepherd boy, the confrontation comes in stages. First, his older siblings leave to attend a distant boarding school. Then, his beloved grandmother dies, taking with her a profound link to the tribe’s traditions and their connection to the land. But the cruelest blow is struck when his dog—“all that was left to me”—dies after eating poison the boy’s father set out to protect the herd from wolves. In despair, he begs the Heavenly Blue Sky for answers, but is met with only the mute wind. Tschinag, the first and only member of the Tuvan to use a written language to tell stories, weaves a lyrical account of his people and their traditions.

Goodreads Reviews
This book gets three stars because: 1. It talks about a way of life that's under threat but avoids the emotional manipulation that I dread in expat authors writing about home. 2. The boy narrator is just a boy and not a precocious mouthpiece for an adult. 3. It taught me about a part of the world that I know very little about.
Not a “rocked-my-world” read. But definitely a “made-my-world-bigger” read.

In Der Blaue Himmel , written in German, Tuvan shaman, poet and novelist Galsan Tschinag tells the story of a young Tuvan boy, Dshurukuwaa, in the early 1950's living in the bosom of his extended family in the ancient manner of his nomadic people, moving across the monstrously wide steppes of Mongolia and southern Siberia and the mountain valleys of the Altai as their herds of sheep, goats, yaks, and horses graze, living almost exclusively on their milk, blood, flesh, bones and hides (there is little else to be found on the steppe except for grass, marmots, foxes, wolves and the occasional bird or bear), and carrying their dismantled homes (yurts) with them.
… In this book we learn about this old way of life from the inside. Two other things we learn from this book: (1) human beings are remarkably adaptable and (2) despite cultural differences, human beings are much the same everywhere, for the better and for the worse. Even if one thinks one already knows these things, there is still gain in seeing these play themselves out in the absolutely concrete setting of a culture distant to our own.
In relatively straightforward but evocative language, Tschinag summons the simple but hard life of the Tuvan nomads, the harsh beauty of the steppes and mountains, and the extremely tight family bonds of his people.
The Communist Party controlled Mongolia and had already begun to "improve" the lives of the inhabitants, so the nomads were beginning to change their ways. Dshurukuwaa's older brother and sister were obliged to leave the camp to go to school in the local village, and some of his extended family chose to move there, as well. Dshurukuwaa, too young for school, took over his siblings' chores. His nomadic life continued, but, in quick succession, his beloved grandmother died, a bitter winter killed most of his flock, and his inseparable dog was accidentally poisoned. The book ends with him screaming imprecations at the most powerful being in the Tuvans' religion, the Blue Sky.
Der Blaue Himmel is the first volume of a trilogy, and the story of Dshurukuwaa's youth continues in Die graue Erde and Der weiße Berg, with Dshurukuwaa personally experiencing how the communist authority was trying to stamp out his culture.
Tschinag's books appear to be the only sources of insight in a Western language into Tuvan culture and history as presented from a native member of that society. “Galsan Tschinag” is a Mongolian pseudonym the boy was required to adopt in order to attend Mongolian schools, because the Mongolian government forbade the Tuvan speech.
Tschinag studied German at the Karl Marx University in Leipzig (1962-1968) and chose to write his books in German when looking for a Western audience. He also writes books in Mongolian in order to reach out to the Kazakh and Mongolian majority in his own country in defense of the minority Tuva people, known in the West for their remarkable "throat singing": 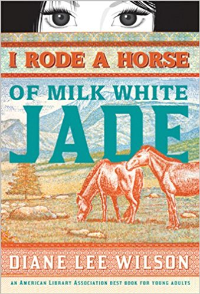 I Rode a Horse of Milk White Jade
By Wilson, Diane L.

Oyuna tells her granddaughter the story of how love for her horse enabled her to win a race and bring good luck to her family living in Mongolia in 1339.

Summary (IMDB): This spellbinding documentary follows Aisholpan, a 13-year-old nomadic Mongolian girl who is fighting to become the first female eagle hunter in twelve generations of her Kazakh family. Through breathtaking aerial cinematography and intimate verité footage, the film captures her personal journey while also addressing universal themes like female empowerment, the natural world, coming of age, and the onset of modernity.