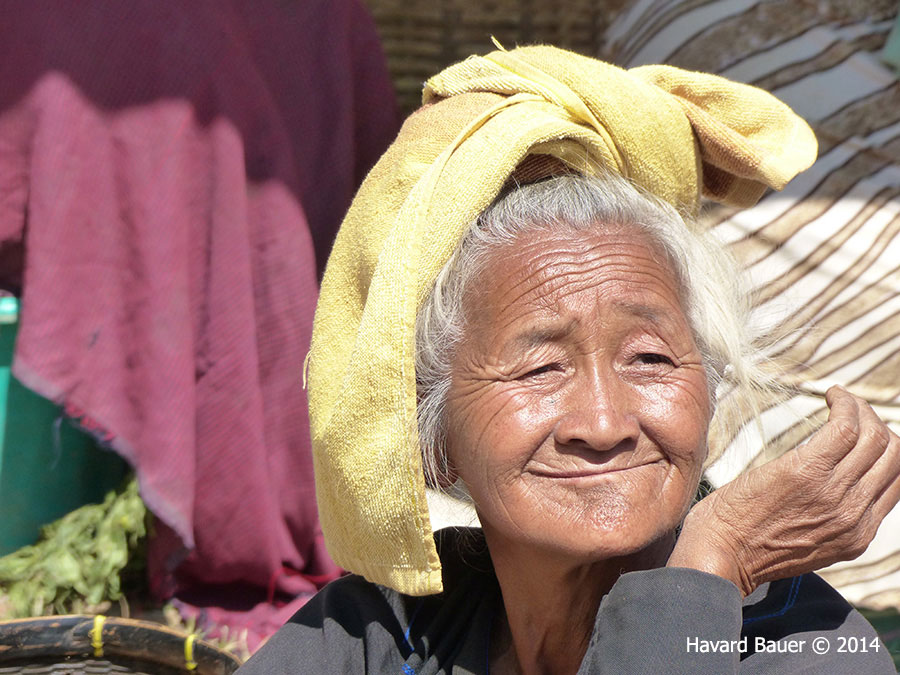 On the western shores of shallow Inle Lake, vendors like this Pa’O woman rise before dawn to claim a spot near the weekly traveling market in order to sell their produce, which is grown in floating gardens on Inle Lake. These gardens, made of marine weeds anchored by long bamboo poles, rise and fall with changes in the lake’s water level, and so are resistant to flooding. They are also incredibly fertile, producing delicious herbs, chili peppers, and other vegetables that vendors are proud to offer to their customers.
Havard Bauer © 2014
PCV Kiribati 1990–1992
ESL Teacher
PST Trainer/Director Kiribati, Armenia, Georgia, Solomon Islands, Namibia, Marshall Islands, Ukraine, Uzbekistan, Mongolia, 1993–2007 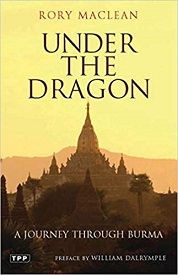 Under the Dragon: A Journey Through Burma
By Rory MacLean

Summary:
The memory of a brief visit to Burma had haunted Rory MacLean for years. A decade after the violent suppression of an unarmed national uprising, which cost thousands of lives and all hopes for democracy, he seized the chance to return. Travelling from Rangoon to Mandalay and Pagan, into the heart of the Golden Triangle, he hears stories of freedom fighters, government censors, basket weavers, farmers and lovers—ordinary people struggling to survive under one of the most brutal and repressive regimes in the world. Under the Dragon is a perceptive and heartbreaking portrayal of contemporary Burma, a country that is shot through with desperation and fear, but also blessed—even in the darkest places—with beauty and courage.

Editorial Reviews
“Maclean takes the reader to the root of the problems of the country. [He] shows rather than tells his reader what it is like to live in Burma. He does it with humour and honesty. He expresses his feelings of a cowed and crushed people who can’t find words to express their sufferings.”

“After reading Under the Dragon, one can never again see Burma’s masses as faceless hordes. Maclean shows Burma to be a country of repression and fear, but also one of great individual kindness and passion.”

“A work of great political commitment, powered above all by the authors’ outrage at the injustices, brutalisation and mass violation of human rights that he witnessed in Burma. Yet for all its pain, Under the Dragon is a beautiful book. It remains his masterpiece; and in the light of the continuing tragedy in Burma is now more relevant than ever.”

“I cannot imagine a better book on the beauty and terror of Burma. Rory Maclean is more than a gifted writer. He is a man whose artistry is underpinned by a powerful moral sensibility. Read it. Read it. Read it.”

Amazon Reader Reviews
In-depth view. Provided a more in-depth view of the events that shaped the current situation in Myanmar, helped me understand the various ethnic groups and there role on its history.

Gripping. Part history, part travelogue, part memoir. I read this book as I traveled in Myanmar and could hardly put it down. 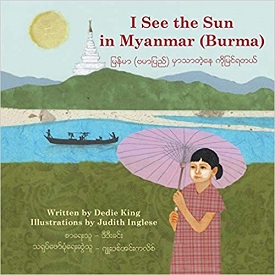 I See the Sun in Myanmar (Burma)
By Dedie King; illustrated by Judith Inglese.; translated by PawSHtoo B. Jindakajornsri

Summary:
A bilingual picture book series that follows the day in the life of a family in various countries. In Myanmar (previously known as Burma), a young girl starts off the day by reciting verses of loving kindness that reflect the influence of Buddhism in her life. She shares food with the monks who pass by her house on their daily alms walk. It is considered an honor to give the monks food. She accompanies her mother, who is a nurse, to work. The endnotes provide more information about Myanmar, including its history and current political climate.

Reader Comments
In a world where global events dominate the news and our children are exposed to other cultures only superficially, author Dedie King and illustrator Judith Inglese have once again combined their talents to offer a unique perspective for young readers that is simply not available anywhere else. I See the Sun in Myanmar (Burma), one of the award-winning books in the I See the Sun in— book series, takes place in a small town on the Irawaddy River in Myanmar, the country formally known as Burma. Lush illustrations and a bilingual story in English and Burmese offer Aye Aye’s view of her beautiful country that until recently has been something of a mystery to most of the rest of the world. Aye Aye’s father is a fisherman on the river and her mother is a nurse in a nearby hospital. The story also provides an elementary introduction to Buddhist culture and the tradition of metta, a practice of saying phrases of loving-kindness. The day unfolds with the verses of ‘metta’ that Aye Aye whispers to herself. Her wishes of kindness and compassion to those around her mirror the deep-rooted Buddhist culture present in Myanmar. I See the Sun in Myanmar (Burma) is a delightful introduction to an ancient Buddhist culture. Heartwarming in its simplicity, said Joseph Goldstein, author and co-founder of Insight Meditation Society. I See the Sun in Myanmar (Burma) was first written in English, then translated into Burmese by PawSHtoo B. Jindakajornsri, who works at the Translation Center at the University of Massachusetts. The book is richly illustrated with collages made from original photographs and colorful drawings. It also includes an overview of Myanmar, a glossary of unfamiliar words, and a map that highlights where Myanmar is on the globe. 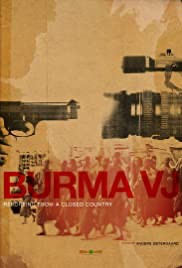 Summary: Using smuggled footage, this documentary tells the story of the 2007 protests in Burma by thousands of monks.

Storyline: Thousands of citizens of Myanmar take to the streets in several cities to protest the Asian nation's repressive regime. The protests take on a new degree of seriousness when dozens of monks launch their own marches down city streets. This documentary from Anders Ostergaard focuses on the work of videographers and citizen journalists who defy the government's crackdown on the media—a brave bunch who manage to transmit footage of the uprising to the outside world.

The cry for freedom: This Oscar-nominated documentary tells the story of what happened in Burma in 2007 when the military suppressed 100,000 protesters.

Underground reporters captured what was happening. The footage has been shown on news stations, but this is a collection of the footage showing a complete story.

The reporters faced death or life imprisonment to get this footage. Once the military realized that the footage was being sent by the reporters, and not foreign journalists, they systematically hunted them down.

Those who were not arrested, spread out through the country.

It was a touching story of how the people stood up to oppression. They were not teabaggers, but people willing to die for freedom.

Frustrating and terrifying: In 1962, the Burmese government was overthrown in a coup by the socialist military, who maintained control of the country until 2011. During this time, Burma deteriorated into poverty, while any protests or statements made against the ruling government were quickly crushed through intimidation, torture, outlandishly long jail sentences and executions. In 1988, a series of marches, rallies and protests now known as the 8888 Uprising were brought to a bloody end as the military killed 3,000 civilians in the streets.

With the media controlled by the state and a ban on any footage leaving the country, the Democratic Voice of Burma (DVB) has trained its journalists to work as guerrilla cameraman, working in the shadows to capture any acts of oppression or revolution. They work as a network but rarely meet, communicating using mobile phones and internet chatrooms, and frequently putting themselves at great personal risk. Being captured could mean death, with our narrator, known as 'Joshua', having his footage wiped early on by secret police and being forced into exile. Clever reconstructions of Joshua receiving updates on a new uprising now known as the Saffron Revolution, led by the Buddhist monks, forms a tense narrative.

The footage captured by the DVB is astonishing, with the action taking place right before your eyes. It is also, at times, incredibly intimate. Early on, the monks distrust the DVB, suspecting they are secret police. When the cameramen are attacked by plain-clothes military, the monks protect them and trust is immediately solidified. You are instantly swept up by the protesters elation and feel their incredible sense of hope, so it's absolutely shattering to see it all torn away. Director Anders Ostergaard weaves the footage together expertly, and the film is wholly deserving of its Best Documentary nomination at the Academy Awards in 2010 (and probably deserved to win). It's as close as you could get to being on the streets of a country under a crushing regime, and the results are frustrating and terrifying.