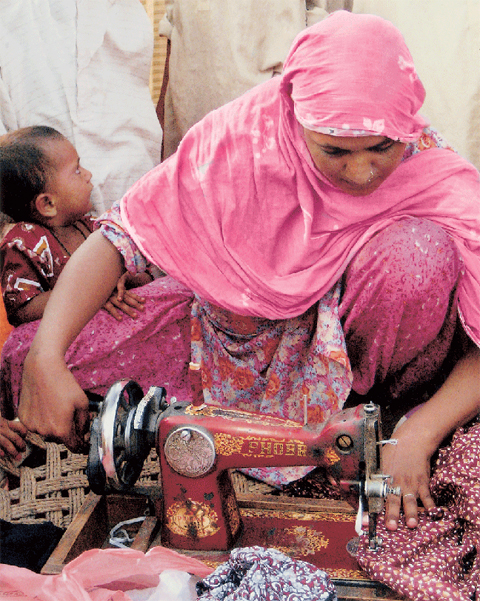 In a small village near Khanewal, Punjab, an area known as Pakistan’s “cotton belt,” a woman sews clothes for her family. Next to her, seated on a Pakistani rope charpoy, her daughter learns to sew. The village, a farm cooperative, consists of mud homes surrounded by low mud walls. Inside each home an extended family lives and works. The women are not veiled and can be seen bustling about the compound doing chores with children all around. With traditional Pakistani hospitality, they warmly greet visitors and invite them into their compounds for a visit.
Photo © 2007 Barbara Janes
Peace Corps, Pakistan 1961-1963

Back to Pakistan
by Leslie Noyes Mass

Book Description
Mass was a Peace Corps volunteer in Pakistan in the early 1960s. This volume, subtitled A Fifty-year Journey and published in 2011, is a recounting of her return to Pakistan decades later, interwoven with letters and diary entries written during her volunteer service.