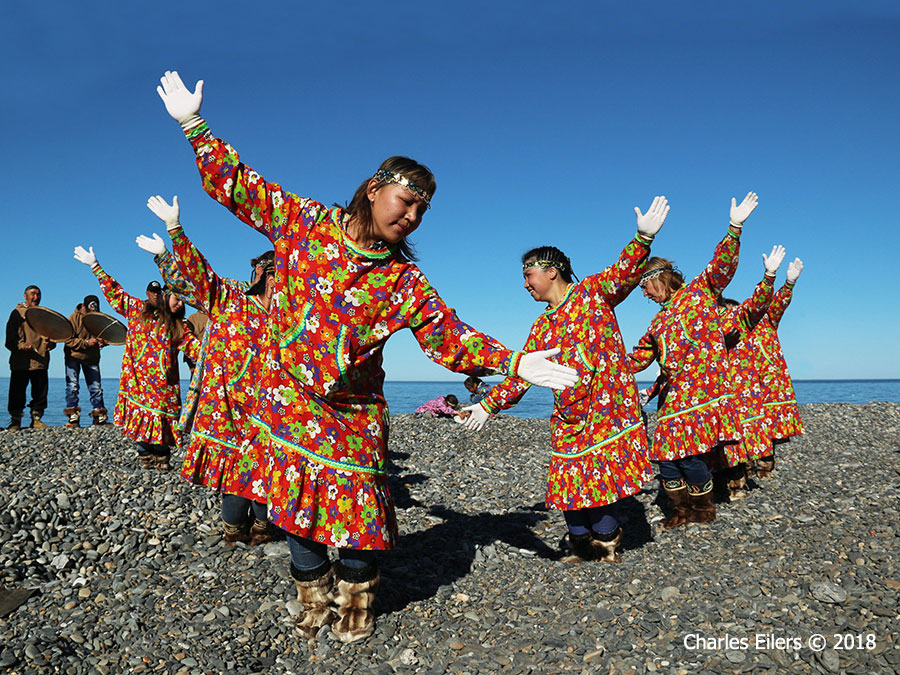 The village of Uelen, the easternmost settlement in Russia, stretches along a gravel spit between the Chukchi Sea on the Arctic Ocean and the Uelen Lagoon. With no road link to the Siberian mainland, the isolated outpost’s indigenous Chukchi and Yupik peoples have proudly maintained their traditional practices—despite decades of interference and forced relocations during Soviet times. Noted for music and dance, Uelen is also known for its master walrus tusk carvers. With shrinking Arctic Sea ice affecting hunting and fishing, Uelen’s 619 residents (as of 2018) are turning more to tourism. The extended season of open waters allows them to share their traditions with visitors from passing expedition ships.
Charles Eilers © 2018
PCV Nigeria and Ethiopia 1966–1969
Teacher Training

Languages Russian (off.), Tatar, Chechen, other

Religions Russian Orthodox 15–20%, Muslim 10–15%, other Christian 2%, plus many nonpracticing and/or nonbelievers 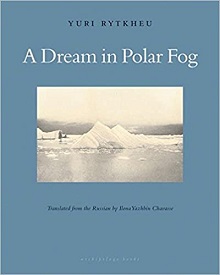 A Dream in Polar Fog
By Yuri Rytkheu, translated by Ilona Yazhbin Chavasse

Summary:
A Dream in Polar Fog is at once a cross-cultural journey, an ethnographic chronicle of the Chukchi people, and a politically and emotionally charged Arctic adventure story. Both elegant and exciting, it serves as a living anthropology of a gone world. It accomplishes everything a novel should.

A Kiriyama Prize Notable Book For 2006

About the author:
In the 1950s Yuri Rytcheu emerged as not only a writer of considerable literary talent, but as the unique voice of a small national minority. His fiction about Chukotka and the people who inhabit the extreme north of Siberia introduced readers to their history and mythology. Born in Belarus, translator Chavasse came to the US with her family in 1989. She studied English at Vassar and Oxford, and at University College London.

Editorial Reviews
Thousands of books have been written about the Arctic aborigines by intruders from the south. Yuri Rytkheu has turned the skin inside out and written about the way the Arctic people view outsiders. A Chukchi himself, Yuri writes with passion, strength, and beauty of a world we others have never understood. A splendid book.

Rarely has humanity’s relationship to nature been so beautifully and vividly depicted . . . It recalls, in both substance and style, the best work of Jack London and Herman Melville, and it is a novel in the grandest sense of the word.

Simple, stoic, serene
I recommend this remarkable book to anyone interested in the culture of people living in far off corners of the world. The novel gives an insight in the Chukchi community. A look at the map in northeast Siberia will give an idea of the remoteness of the Chuktoka Region where Chukchi’s live. The author of the novel hails from Chuktoka Region. In this novel he has woven a beautiful narrative and rich ethnographic detail .

Inspirational
A story that draws you in, a world as different as you can imagine. Extreme yet enticing. A great read.

Beautifully written, spare and poignant
This is a real gem of a book! Written about a native community in the Arctic, the reader is captivated by the splendor of the landscape, the warmth of the people, and one man's struggle to adapt.

Fascinating
This was an unusual and interesting book that got deeply and empathetically into a very extreme lifestyle. it's written in a naïve style, and being translated from the Russian sometimes gives it an alien quality, but it's a valuable experience. 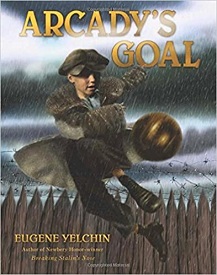 Summary:
From Newbery Honor–winning author Eugene Yelchin comes another glimpse into Soviet Russia. For twelve-year-old Arcady, soccer is more than just a game. Sent to live in a children’s home after his parents are declared enemies of the state, it is a means of survival, securing extra rations, respect, and protection. Ultimately, it proves to be his chance to leave. But in Soviet Russia, second chances are few and far between. Will Arcady seize his opportunity and achieve his goal? Or will he miss his shot?

Editorial Reviews
“As with Yelchin’s Breaking Stalin’s Nose, the subtext of this deceptively simple work challenges readers to look beyond the characters’ situation and consider the historical implications of their dilemmas.”

“Newbery Honor-winner Yelchin provides another glimpse into Soviet life, once again with a young boy as the main character . . . It is the emotional power of the tale that captures the reader’s heart.”

Arcady’s Goal takes place in the Soviet Union. Unlike the author’s other book, Breaking Stalin’s Nose, this tells the story another side: the children’s prison camps, where the minimum age for death by firing squad is twelve and the only thing the inmates have done is being the children of the “enemies of the people.” Arcady, the main character, is a boy twelve years old, and, as his sarcastic, food-stealing director of the children’s prison says, “finally old enough for the firing squad.” Arcady’s dream is to escape the camp with his soccer skills and to overcome the stigma of being a child of the “enemies of the people.” This is a great historical fiction book, with pictures that don’t just show you what people look like, but what they are inside. The brutal Soviet rule is summed up by the poem quoted at the end of the book: “I could have whistled through life, starling-like, nibbling on nut pies, but it seems off limits for me.”

What a book of fictional history! Learning how hard it was in replacement camps in Russia. How important soccer was in saving life 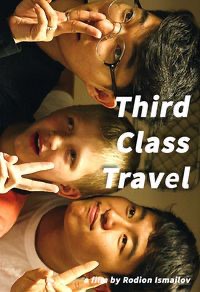 Summary: There is no bigger cliché about Russia than saying that it is very big. It is true though: Russia spans across nine time zones and the entire width of Asia. Despite this size, train travel remains one of the most popular ways to get around, and the Trans-Siberian Railway evokes the romantic dreams of Russians and foreigners alike. Director Rodion Ismailov captures what this journey is really like: common celebrations, political discussions, missing loved ones just parted with or those who are going to be seen, tons of snacks, a lot of time to kill, and landscapes which keep changing. Third-class travel is a Trans-Siberian in a nutshell for those who cannot currently embark on it in real time.

The film takes us into the third-class wagons of the Moscow-Vladivostok train, the longest train journey in the world, which crosses Russia on the most extensive railway route in the world, and portrays the passengers on this Trans-Siberian route from an intimate, close range.

By capturing stories and anecdotes of ordinary Russians met by chance on the train, this endless journey becomes a metaphor of a country in perpetual motion, while the passengers' faces form a social portrait of contemporary Russian society.