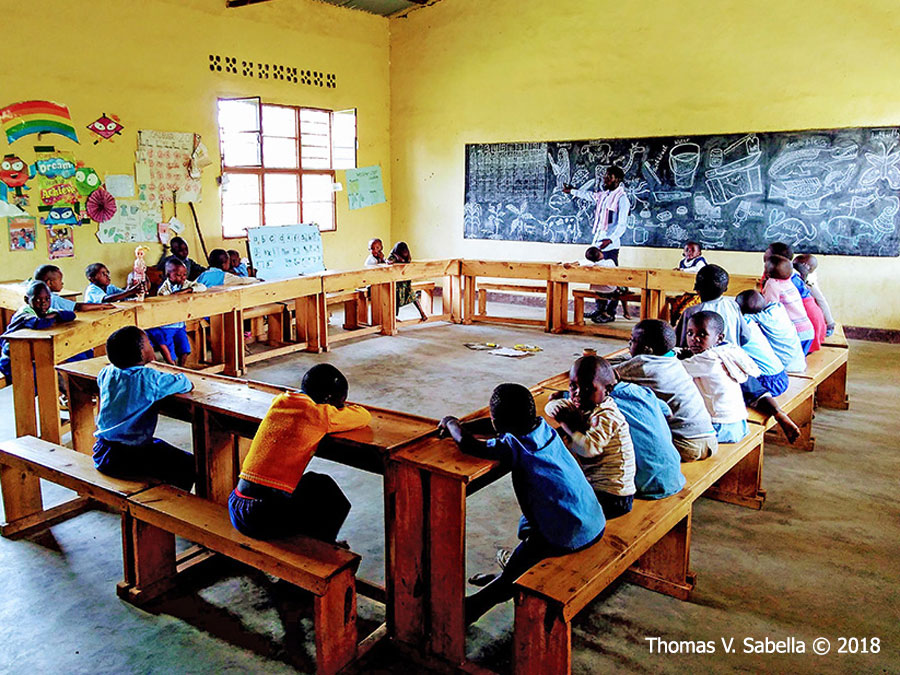 Rwanda’s government is working hard to expand early childhood education in rural villages, where individual teachers like Ndayishimiye Jonathan use every resource at hand to teach their young students. In this bilingual village preschool, students gain literacy skills and explore important values in their mother tongue of Kinyarwanda, while also being introduced to English. Here, lively chalk drawings illustrate the animals, crops, and everyday items the children are learning to discuss in English.
Thomas V. Sabella © 2018
PCV Guatemala 2002–2004, Rwanda 2017–2019
Education 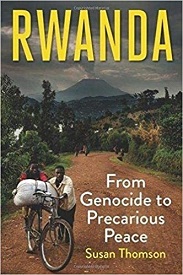 Rwanda: From Genocide to Precarious Peace
By Susan Thomson

Summary:
A sobering study of the troubled African nation, both pre- and post-genocide, and its uncertain future. The brutal civil war between Hutu and Tutsi factions in Rwanda ended in 1994 when the Rwandan Patriotic Front came to power and embarked on an ambitious social, political, and economic project to remake the devastated central-east African nation. Susan Thomson, who witnessed the hostilities firsthand, has written a provocative modern history of the country, its rulers, and its people, covering the years prior to, during, and following the genocidal conflict. Thomson’s hard-hitting analysis explores the key political events that led to the ascendance of the Rwandan Patriotic Front and its leader, President Paul Kagame. This important and controversial study examines the country’s transition from war to reconciliation from the perspective of ordinary Rwandan citizens, Tutsi and Hutu alike, and raises serious questions about the stability of the current peace, the methods and motivations of the ruling regime and its troubling ties to the past, and the likelihood of a genocide-free future.

Editorial Reviews
“This is the best guide to an understanding of a society torn to bits by genocide. Thomson cuts through the veil of prejudice and ignorance surrounding one of the continent’s most controversial dictatorships in a way no other book does. Truly excellent.”

“An indispensable guide to the complex politics in Rwanda since the genocide of 1994. Based on years of research and a longstanding interest in the experiences of ordinary Rwandans, this accessible and nuanced study challenges many assumptions on the role of the state in the East African country.”

—Catharine Newbury, author of The Cohesion of Oppression

“A powerful and important reexamination of the history of the Rwandan genocide and its aftermath under Paul Kagame. This is a book that challenges much of the received knowledge about Rwanda's recovery from one of the worst bouts of atrocity in the 20th Century, and deserves reading by anyone who wishes to understand this country's many modern traumas.”

—Howard W. French, author of A Continent for the Taking

“A vital contribution towards understanding the link between Rwanda's 1994 genocide and its current precarious peace."

Amazon Reader Review
Insightful, nuanced overview of Rwanda
I first came across Susan Thomson's work through her previous book Whispering Truth to Power: Everyday Resistance to Reconciliation in Post-genocide Rwanda. As someone who spent a semester studying abroad in Rwanda, I was impressed by Thomson's deep respect for rural Rwandans, her knowledge of Kinyarwanda, and her deviation from a state-sanctioned canon that views reconciliation and the current president as the pinnacles of success. In this new title, Rwanda: From Genocide to Precarious Peace, Thomson provides a nuanced, insightful overview of precolonial history, the 1994 genocide, and the present stakeholders in the country. The book refreshed my memory on a lot of history leading up to the genocide, affirmed some of my biggest fears about the country, and clarified information I had only guessed was happening. Incredibly grateful for this book. 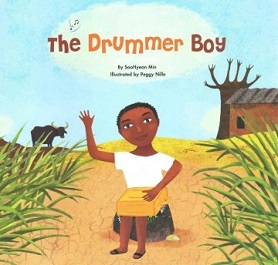 The Drummer Boy
By SooHyeon Min; illustrated by Peggy Nille

Summary:
Rukundo lives in a small village in Rwanda. His drumming awakens his village every morning. He is sent to fetch water at the nearby water hole. When the dirty water makes Rukundo’s family sick , frustrated, Rukundo turns to his drum. A reporter sees Rukundo and writes an article that leads to a new water pump being installed in his village.
This book is part of the MySELF Bookshelf Series. 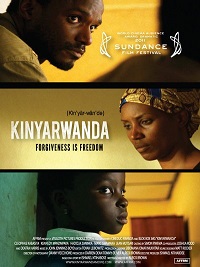 Summary: A young Tutsi woman and a young Hutu man fall in love amidst chaos; a soldier struggles to foster a greater good while absent from her family; and a priest grapples with his faith in the face of unspeakable horror.

Amazing Film I went to a screening of this film with the director and cinematographer who did a great Q&A. It simply blew me away. It's full of incredible and moving performances by a cast of mainly first-time actors. It's a series of expertly interwoven short stories -- all based on true stories—each of which will stick with you. It's a gripping, suspenseful tale that also does a remarkable job of showing the humanity, the hopes, the humor, and the dreams of Rwandans. Hearing how this film got made so beautifully at such a low budget was truly inspiring. Filmmakers should go see it to see what is possible to do on a low budget these days— though really anyone with a dream would be well-severed to watch it.

Touching film !! At the time of the 1994 Rwandan genocide, the Mufti of Rwanda issued a fatwa forbidding Muslim from participating in the killing of Tutsi. Therefore mosques became places of refuge where Muslims and Christians, Hutu and Tutsi came together to protect each other .Amidst this chaos in which the Hutu married with Tutsi women were menaced a young Tutsi woman and a young Hutu man fall in love (I have lived 4 years in Rwanda in the 70s and mixt marriages Hutu-Tutsi were common). So the film shows how people in Rwanda intended to help each other in his tremendous moments of hate. The film shows also the efforts for the reconciliation!! Kinyarwanda is a very good film.

Roger Ebert’s 4-star review: I thought I knew something about Rwanda, but I didn't really know very much. I was moved by "Hotel Rwanda" (2004), but not really shaken this deeply. Not like this. After seeing "Kinyarwanda," I have a different kind of feeling about the genocide that took place in Rwanda in 1994. The film approaches it not as a story line but as a series of intense personal moments. The characters speak both English and the nation's own language, Kinyarwanda. The film's co-writer and director, a Jamaican named Alrick Brown, says he was surprised the first time he learned that all Rwandans speak the same tongue. Here was a nation in which the members of one tribe, the Hutu, set about to massacre the members of another tribe, the Tutsi. Yet were they really even members of different tribes?