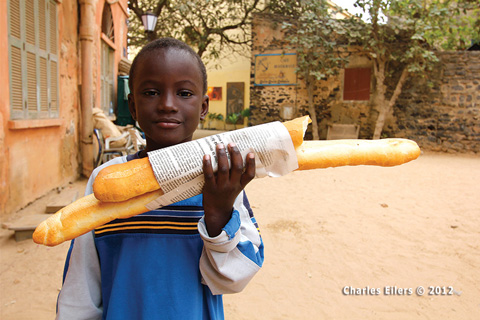 Tiny Gorée Island, just offshore from Senegal’s capital of Dakar, is a UNESCO World Heritage site because of its role as a way station in the transatlantic slave trade. The empty House of Slaves, with its ‘door of no return’ open to the sea, is a haunting reminder of the violent colonial past. 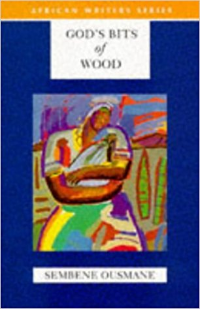 Summary:
In 1947 the workers on the Dakar-Niger Railway came out on strike. Throughout this novel, written from the workers' perspective, the community social tensions emerge, and increase as the strike lengthens. The author's other novels include Xala and Black Docker.

About the Author
Writer and film director Ousmane Sembène was born in Senegal and worked as a fisherman before attending l'Ecole de Ceramique at Marsassoum. He worked as a plumber, a bricklayer, and an apprentice mechanic in Dakar, and eventually became a docker and trade union leader in Marseilles. Out of this experience he wrote Le Docker Noir (1956). He also published Oh Pays, mon Beau Peuple (1957), L'Harmattan (1964) and the collection of stories, Voltaique (1962), which was translated as God's Bits of Wood and appears in the African Writers Series (AWS). He has made several films including one of Le Mandat (translated as “The Money Order” with White Genesis AWS). His film of Xala met with a great success in the New York film festival. More recently, Moolaadé ("Magical Protection") is a 2004 film.

Amazon Customer Review
5.0 out of 5 stars Warning! This well-crafter book will grow your perspective of life in Colonial Africa! God's Bits of Wood is a fantastic literary work that provides the reader detailed insight into French Colonial Africa. We are introduced to many diverse characters struggling with where they belong and how they fit into the modern world as a railroad strike requires them to step out of their comfort zones to survive. We have the solid and strong leadership of the mysterious Bakayoko. The book opens with a young Ad'jibi'ji who is starting to develop her own ideas of the world. Ramatoulaye and Mame Sofi combine the new world with the old as they fend for their families and support the men on strike. These are just a hand full of people from the many that you will meet as the story unfolds. Ousmane Sembène writes from every angle and perspective of the times so the reader can grasp many of the concepts each generation encountered throughout the strike and after it. Each personality grows throughout the story in a unique way. Sembène does an amazing job blending what had become traditional gender roles under colonial rule with the older, pre-colonial matrilineal traditions of Sudan and Senegal's past. The characters are all very relatable. Many will cause you to stop and really think about their experiences and lessons that we can all learn from to make the world a better place. —Cat Novelliere, Amazon Customer Reviews 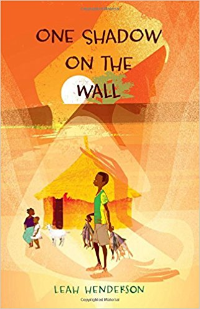 One Shadow on the Wall
By Henderson, Leah

In Senegal, eleven-year-old orphan Mor has three months to prove to his aunt that he can support himself and his two younger sisters, allowing them to stay together in their village and fulfilling the promise he made to their dying father, but a malicious gang of boys threatens Mor's success and his integrity.

Summary (IMDB): In an African village, this is the day when six 4-9-year-old girls are to be 'cut' (the act of female genital mutilation). All children know that the operation is horrible torture and sometimes lethal, and all adults know that some cut women can only give birth by Caesarean section. Two of the girls have drowned themselves in the well to escape the operation. The four other girls seek "magical protection" (moolaadé) by a woman (Collé) who seven years before refused to have her daughter circumcised. Moolaadé is indicated by a coloured rope. But no one would dare step over and fetch the children. Moolaadé can only be revoked by Collé herself. Her husband's relatives persuade him to whip her in public into revoking. Opposite groups of women shout to her to revoke or to be steadfast, but no woman interferes. When Collé is at the verge of fainting, the merchant takes action and stops the maltreatment. Therefore he is hunted out of the village and, when out of sight, murdered. Written by Max Scharnberg, Stockholm, Sweden