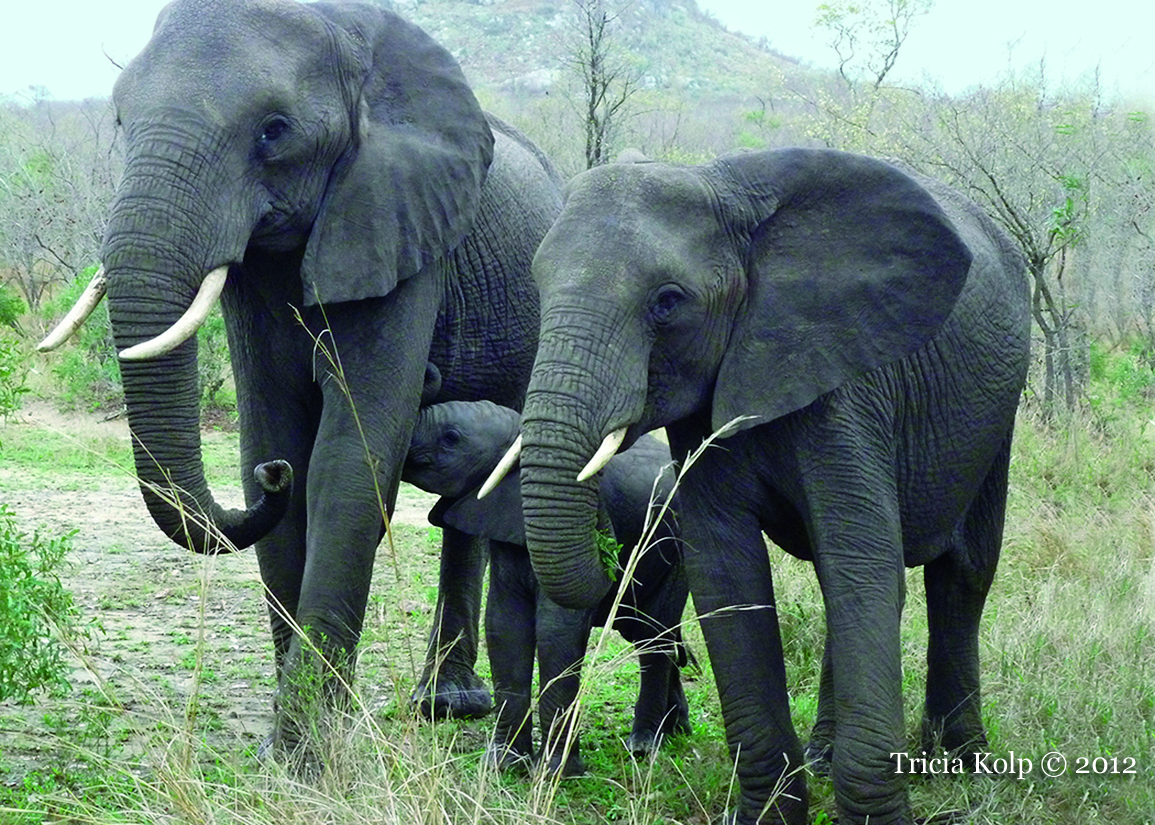 Dressed in their school uniforms, children in rural South Africa walk from the surrounding hills to school to the sounds of roosters crowing and cattle heading to the fields. School is a happy and lively place, and children often arrive early to sweep the classrooms and fetch water. When Mother Helpers are busy preparing the midday meal, older students assume the role of mentors.
These boys are captivated by a story being read to them in their mother tongue of Sepedi, or Northern Sotho, one of eleven official languages in South Africa.
Tricia Kolp © 2012
PCV South Africa 2011–2013
Education 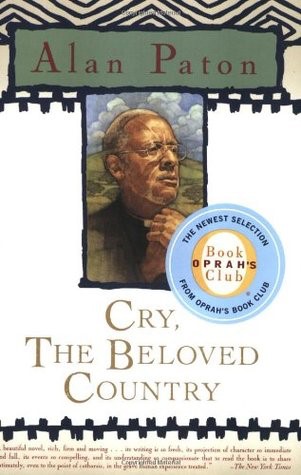 Summary: Cry, the Beloved Country, the most famous and important novel in South Africa’s history, was an immediate worldwide bestseller in 1948. Alan Paton’s impassioned novel about a black man’s country under white man’s law is a work of searing beauty.
Cry, the beloved country, for the unborn child that is the inheritor of our fear. Let him not love the earth too deeply. Let him not laugh too gladly when the water runs through his fingers, nor stand too silent when the setting sun makes red the veld with fire. Let him not be too moved when the birds of his land are singing, nor give too much of his heart to a mountain or valley. For fear will rob him of all if he gives too much.
The eminent literary critic Lewis Gannett wrote, “We have had many novels from statesmen and reformers, almost all bad; many novels from poets, almost all thin. In Alan Paton’s Cry, the Beloved Country the statesman, the poet and the novelist meet in a unique harmony.”
Cry, the Beloved Country is the deeply moving story of the Zulu pastor Stephen Kumalo and his son, Absalom, set against the background of a land and a people riven by racial injustice. Remarkable for its lyricism, unforgettable for character and incident, Cry, the Beloved Country is a classic work of love and hope, courage and endurance, born of the dignity of man.

Readers' Comments
This is a classic, written by a white South African about a time before apartheid. Two fathers, one white, one black and their sons. It is stylistically unusual. Quotes are not used, for example. Conversation is indicated by leading dashes. Also the speech is quite formal most of the time, which conveys some of the culture of the place, I expect. Dark forces are abroad, but hope shows its face here as well, as there are leaders trying to prevent a descent into the madness to come. Zulu pastor Stephen Kumalo and his son Absolom are the focus. Absolom, as an adult, leaves to go to the big city, Jo’burg. He falls in with a bad crowd and is involved in a robbery. He unintentionally shoots a man who surprises them. The man, an idealistic white, is the son of Kumalo’s neighbor out in the country. Kumalo goes in search of his missing son, only to find him, and this horror, at the same time. Characters are portrayed sympathetically, white and black. There is much shared fatherly pain, much humanity here. It is indeed a classic.

I can’t say enough about this book. It is lyrically written, reads almost like an epic out of Ireland. The dialog between characters is straightforward, and the book manages to give you a glimpse of Apartheid S. Africa, from the richest people, to the poor urban laborers, to the criminals, to the peaceful rural farmers trying to maintain their land after many years of neglect. This is a classic that I have read probably 3 or 4 times. My copy is beat to hell, but readable.

… this book is excellent. More than a story of racial inequality, social problems, and injustice (which is what I remember about the plot from high school), this is first and foremost a story of forgiveness and hope.
There are many reasons for South Africa, the country commanded to “cry” in the title, to do just that: poverty and famine drive many to choose paths that are less than admirable, sometimes immoral. And there and many reasons for the main character, a humble priest from a rural Zulu tribe, to give up his faith in both God and humanity — and yet throughout the story there is a calm sense of hope for the future. Stephen Kumalo meets good men along his tragic journey that give hope to him and to the country as a whole: friends, family, and even one who should be his deepest enemy. And Kumalo himself is one to be emulated: for his meekness and gratitude, for his acceptance of trials, for his charity, and even for his occasional human-ness but then sincerely repentant nature. To enjoy a book, I have to have a main character to at the least empathize with — Kumalo is one that I not only appreciate but admire.
And the writing is downright lyrical in some places. It’s easy to see why it’s a modern classic.
Being awakened to the injustices of prejudice and poverty is all right, but this book does more than that—it inspires hope in the midst of hard times. A book to add to my long list of favorites. 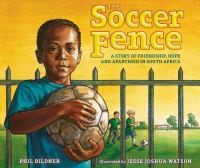 The Soccer Fence: A Story of Friendship, Hope, and Apartheid in South Africa
By Phil Bildner. Illustrated by Jesse Joshua Watson

Each time Hector watches white boys playing soccer in Johannesburg, South Africa, he dreams of playing on a real pitch one day. After the fall of apartheid, when he sees the 1996 African Cup of Nations team, he knows that his dream can come true.

Description: Description: While Nelson Mandela is serving a life sentence, his wife experiences the raw violence of apartheid and fights on the front lines and underground. … Winnie Madikizela-Mandela may be one of the most misunderstood and intriguingly powerful contemporary female political figures. Her rise and seeming fall from grace bear the hallmarks of epic tragedy.

Summary:There may be no life in South African politics more narratively riveting than that of Winnie Madikizela-Mandela. Her ex-husband Nelson may have the more grandly heroic arc, having endured 27 years in captivity to bring democracy to his nation, but her parallel story — one that includes triumph, disgrace and exile, the worshipful embrace of one population sector and the moral disgust of another, complete with a still-disputed murder mystery — is the stuff of true cinema. Though she has met with mixed fortunes on the biopic front over the years, a dedicated feature-length documentary on her is long overdue, making Pascale Lamche’s “Winnie,” which features rare and extensive first-hand testimony from the lady herself, something of an event. It’s a shame, then, that “Winnie” gradually reveals itself to be rather a specious work, unabashedly one-sided in its adherence to the “mother of the nation” line pushed by her admirers, and its factually selective absolution of Madikizela-Mandela from still-compelling criminal charges. …
Lamche’s film, for which she won a directing award at Sundance, is inarguably valuable as a historical document, giving its still-fiery 80-year-old subject a generous platform to tell her side of a contentious story. As a documentary, the film’s achievement is considerably more, well, arguable — both in terms of its contribution to the Mandela mythos, and to the ongoing debate over the documentary filmmaker’s responsibility in presenting factual material to potentially uninformed audiences. …
Lamche ultimately does her fascinating, complicated subject a disservice by stacking the deck so heavily in her favor.
… If anything, the life and legacy of Winnie Madikizela-Mandela deserves messier treatment, a film as thorny and agitated and many-angled as the woman it portrays. (Indeed, a study on the scale of Ezra Edelman’s eight-hour “O.J.: Made in America” would be entirely warranted.) “Winnie” is best viewed as a starting point: It certainly offers viewers more to chew on than 2011’s misguided (if similarly romanticized) biopic of the same title. … What’s critically missing here is the historical friction that might encourage those newly intrigued by her story to probe further; viewers should be advised to bring their own pinch of salt.

Other Commentary:If Nelson Mandela was often perceived and portrayed as a saint even during his lifetime, Winnie Madikizela-Mandela, who was married for 38 years to the man who would become South Africa’s first post-Apartheid president, was most certainly not. Accusations, trials and investigative commissions have been a part of her life for decades, and Pascale Lamche’s new feature documentary, simply titled Winnie, has the thankless task of sorting through decades of muckraking and controversy, hoping to uncover the complexities and truth of the real person behind the woman once referred to as “the mother of a nation.”
Whether the documentary succeeds in doing that depends not only on Lamche’s arguments and relative skills but also on the viewer, who needs to decide whether the fact the director was given access to Ms. Mandela four times over the course of two years might have had an impact on what (aspects of which) stories got told and how (for example, there is no mention of her criminal convictions in the 2000s). That said, broadcasters will likely line up because of the value of the Mandela name. The film premiered as part of Sundance’s world documentary strand.
Nominated for the Africa Movie Academy Award for Best Documentary.