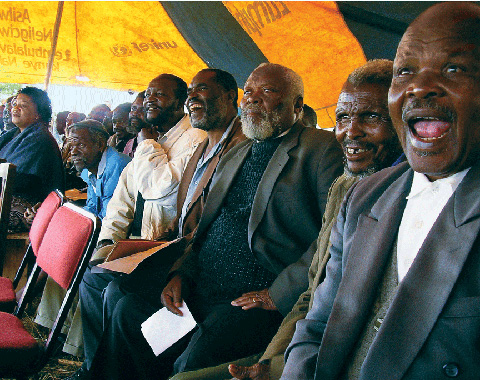 From births to funerals, life’s major events are a community affair in Swaziland. When the country became an epicenter of HIV with some of the highest rates in the world, it was only natural that a grassroots response to the crisis sprang up from local communities.
On this day a giant tent is erected at a village crossroads with chairs and benches set beneath. Neighbors make their way along the road to come together, find their seats and join in an afternoon of skits, speakers and dance groups. The frankness of the events, both educa_tional and enter_taining, elicits gasps and laughter, and signals one community’s will to shatter the taboos of HIV.
– Christina Jill Granberg ©2015
Peace Corps Volunteer (HIV/AIDS education and community development), Swaziland, 2003-05

The Kingdom of Roses and Thorns
by Debra Liebenow Daly

Book Description
Amazing stories of real Swaziland women facing AIDS/HIV and poverty whose strength and courage should inspire all who read this book.