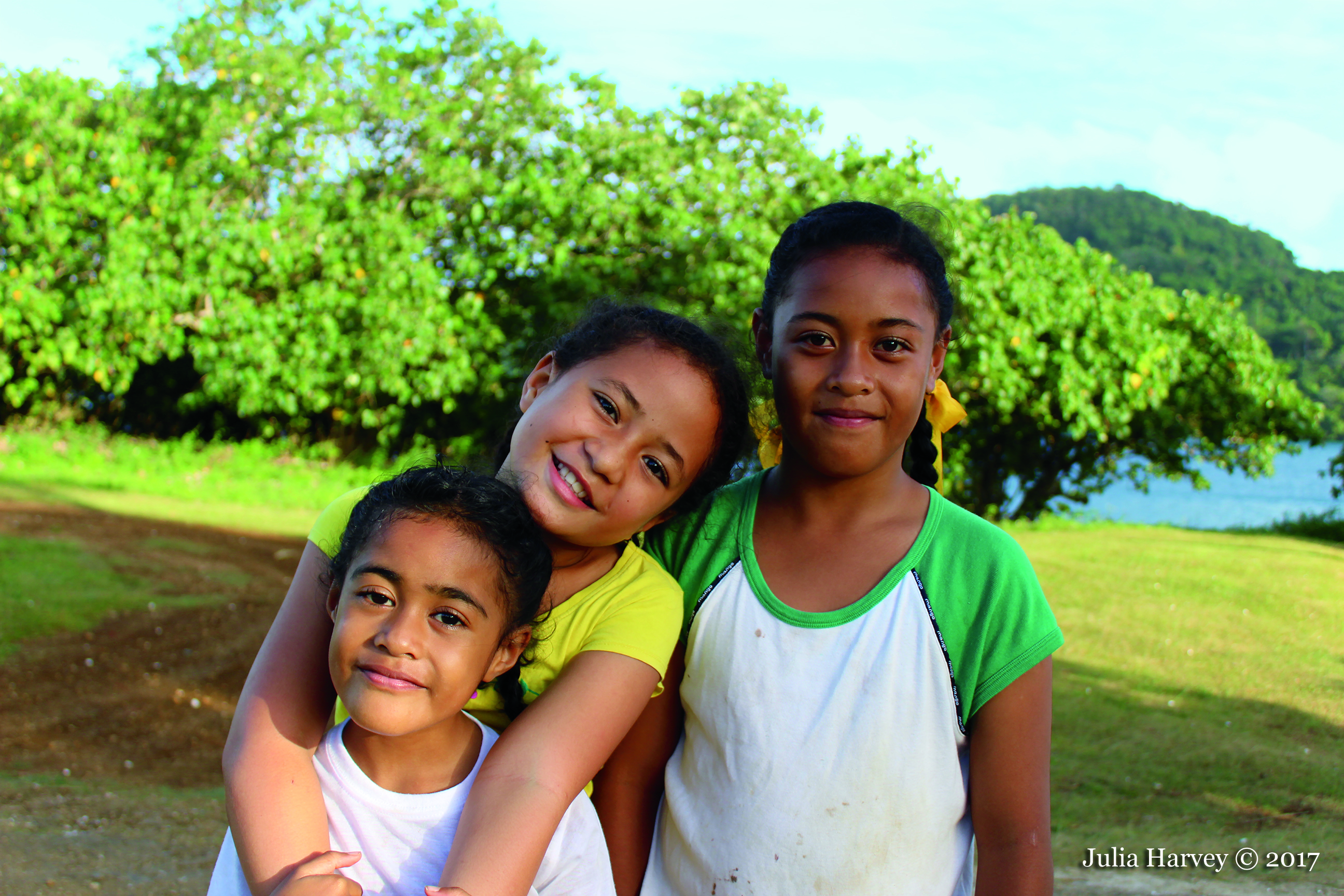 Everyone loves a parade! On a warm and sunny afternoon, schoolchildren gather near the wharf in Nuku’alofa in anticipation of a parade winding through town. While musicians from Tailulu College play their brass instruments, primary-school students wearing faka’otusia, leis made into ornate designs from the fruits of the native Pandanus tree, line the street, hoping to catch some candy thrown by the marchers.
Julia Harvey © 2017
PCV Tonga 1990–1992
Science Education

Languages Tongan and English (both official), other 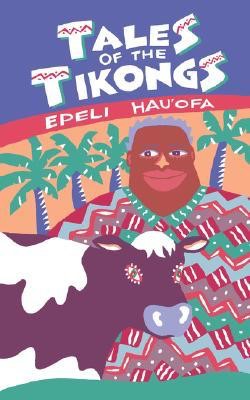 Tales of the Tikongs
By Epeli Hau’ofa

Summary:
Tiko, a tiny island in the Pacific Ocean, faces a tidal wave of D-E-V-E-L-O-P-M-E-N-T, which threatens to demolish ancestral ways and the human spirit. From Sione, who prefers to play cards with his secretary during work hours, to Ole Pasifikiwei, who masters the twists and turns of international funding games, all of the characters in these pages are seasoned surfers, capable of riding the biggest wave to shore. These are not stories of fatal impact so much as upbeat tales of indigenous responses to cultural and economic imperialism. Epeli Hau’ofa uses devices derived from oral storytelling to create a South Pacific voice that is lucid, hilarious, and compassionate in a work that has long been regarded as a milestone in Pacific literature.

Readers Comments
Though a very slim volume, this book contains 12 short stories set in a fictional Pacific island nation that most readers assume to be an analogue for Tonga, the author’s home country. These stories satirize the government, religion, the foreign aid apparatus and aspects of the culture, following island men through various misadventures.
The stories are well-written and enjoyable, and even a reader without personal knowledge of the Pacific can easily grasp the aspects of island life that the author skewers. It seems to be an incisive work and would likely be an especially entertaining (if a bit painful) read for someone from the area. My rating is rounded down because the stories are too short to provide for much character development, and because a week after finishing the book, not much stands out to me. But I would certainly recommend it to anyone interested in Pacific literature.

Tales of the Tikongs, is a short collection of short stories by the great writer Epeli Hau’ofa.
The stories describe life in a small island nation in Oceania. Like some countries in Oceania, the people are exceptionally devout (and in the book somewhat intolerant) Christians. They are very isolated geographically, so acquiring simple things is very difficult. The people in the stories tend to get on each others' nerves, because they frequently know each others' business.
The book is very humorous, but throughout there is a melancholy tone. Some years ago Paul Theroux wrote a book called The Happy Isles of Oceania, about a kayak journey he took throughout Oceania. I haven't read his book, but after reading Tales of the Tikongs, I am not so sure that everybody is always happy in Oceania.
One story is about a man who had spent his leisure time in his life collecting folklore from the people of his island. He decides that he would like a typewriter, so that he can organize his notes into a readable collection that others could enjoy. The only way that he finds to get a typewriter is to apply to what Hau’ofa calls "The Great International Organization" (what he always calls the United Nations in his fiction). The man gets his typewriter, but he is soon sucked into representing his nation at UN conferences and workshops around the world. Before he can complete his original project, he discovers that all of his notes have been destroyed. They were ruined page by page in an undignified manner. (Read the book: You'll see what I mean!)
As you can tell, the book is very satirical. And I like the stories a lot! I recommend them strongly to anyone who reads fiction.

The author has written a series of modern folk tales, in which he is very rude and very funny about post-independence Tonga, Tongans, the Sabbatarian Church, a few other churches and the failure of development projects. I wonder if he is allowed back. 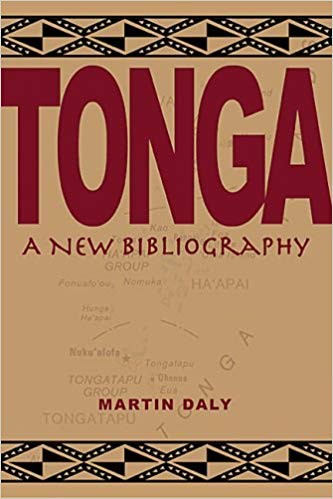 Summary:
Tonga is a fascinating and subtle combination of a traditional Polynesian kingdom―the only one to survive the impact of colonization in the nineteenth century and remain independent―and a thoroughly Christian country. This comprehensive bibliography is a selective guide to the most significant and accessible English-language books, papers, and articles on every aspect of the kingdom’s history, culture, arts, politics, environment, and economy. It is a much updated and expanded edition of the original version that was published in 1999 as part of the World Bibliographical Series, with the addition of more than 200 new entries. Each of the approximately 600 described and annotated items is organized under broad subject headings, and indexed by author, title, and subject. In addition―and new to this edition―all known Ph.D. theses, although not annotated, are shown within their appropriate subject categories and indexed. Also new is a section on the most important Tonga-related websites. A general introduction describes the Tongan kingdom, its history and society, and its current situation. Tonga: A New Bibliography will be an invaluable resource for anyone with a serious interest in Tonga and an indispensable volume for academic libraries, reference collections, and policy makers focused on the Pacific islands.

Editorial Reviews
"A trustworthy introduction to Tonga in all its diversity, a splendid point de depart for all, layman or scholar, needing a reliable guide to the essential literature about this remarkable Polynesian kingdom."

"Tonga is unique among bibliographies in its perception and understanding, and in its affection for Tonga and its people. … Daly’s work stands on exceptionally sound foundations. … His summaries are excellent, indeed, but Daly writes always with the authority of first-hand knowledge, with a keen eye for the essential, and the ability to interpret and clarify obscurities. … A trustworthy introduction to Tonga in all its diversity, a splendid point de départ for all, layman or scholar, needing a reliable guide to the essential literature about this remarkable Polynesian kingdom."

―Bulletin of the School of Oriental and African Studies

"The book is so arranged that it is easy to locate any of the items listed. … I found myself spending pleasant hours perusing Daly’s comments on the different publications. … I hope the rumor of a second, revised edition of this bibliography is true."

―Journal of the Polynesian Society 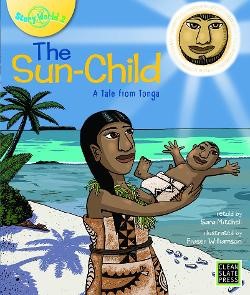 The Sun-Child: A Tale from Tonga
By Sara Mitchell. Illustrated by Fraser Williamson

Relates the tale of the sun child. Includes a look at the history and culture of Tonga. 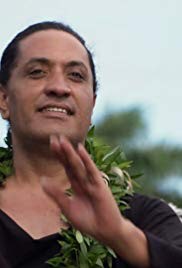 Summary: Leitis in Waiting is a raw yet tender portrait of Joey Mataele, the leader of an intrepid group of leitis, or indigenous transgender women, fighting a rising tide of religious fundamentalism and intolerance in their South Pacific Kingdom. The film follows Joey, a devout Catholic of noble descent, as she organizes an exuberant beauty pageant presided over by a princess, provides shelter and training for a young contestant rejected by her family, and spars with American-financed evangelicals threatening to resurrect colonial-era laws that would criminalize the leitis' lives. With unexpected humor and extraordinary access to the Kingdom's royals and religious leaders, her emotional journey reveals what it means to be different in a society ruled by tradition, and the challenge of fulfilling the promise of human rights for all without forsaking culture and tradition. This is an inside story, created by a transgender Native Hawaiian who once competed in Joey's beauty pageant. 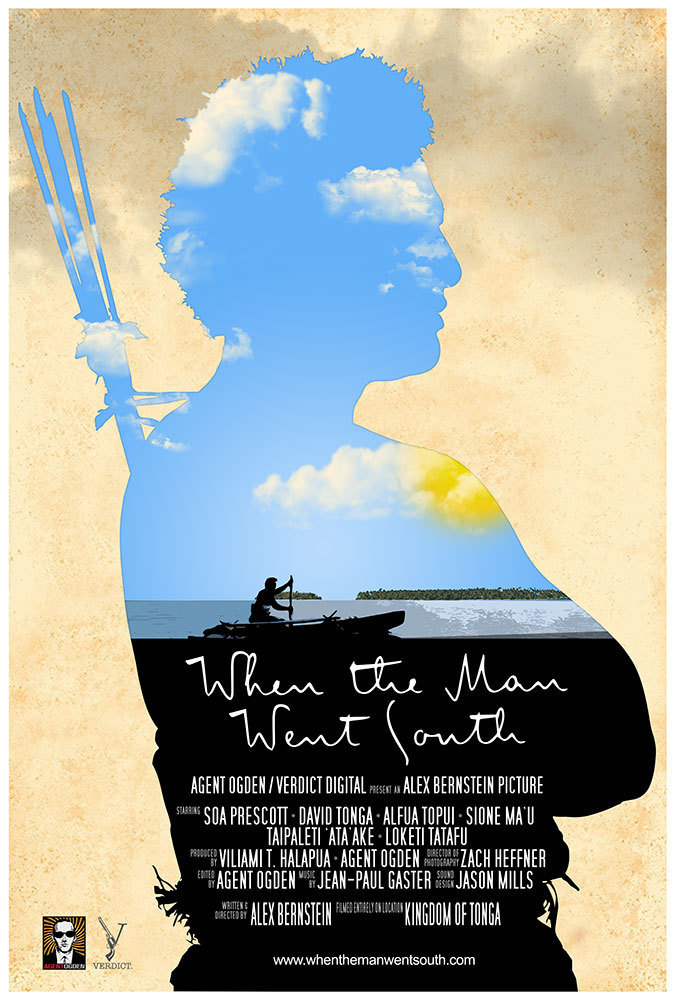 Summary: Instructed to set out on a journey by his village chief, Flying Fox heads south to learn about his strengths as a man. During his journey he meets two warring villages and attempts to mediate their differences. Flying Fox applies the lessons he learned on his journey when he returns to his home village to find trouble.

Description: Before white men ever pressed their toes into Tongan sand, Tonga was a pristine island nation of sky blue water, thriving rainforests and lush hilltops. When the Man Went South tells the story of a Tongan hunter named Flying Fox who, upon the suggestion of his chief, ventures out from the comforts of his village to discover the ways of the world that exist beyond his own island.