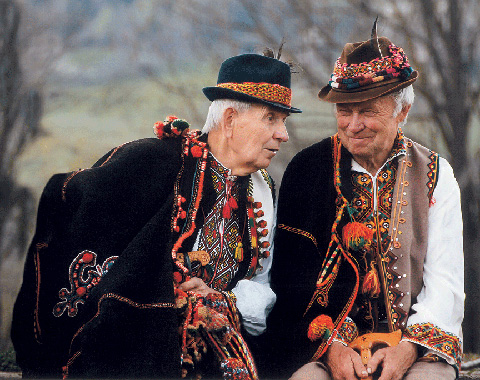 The people of the Ukraine are proud of their culture and show off their traditions at village and city festivals which celebrate customs, national heroes and political or cultural events. Women still make the traditional clothing by hand. The rich embroidery they sew shows the ethnic diversity of the region and has long been a part of the Ukrainian folk dress seen at traditional weddings and other celebrations.
– Yuriy Chernevyy ©2009

Ukraine/Ukrayina
In Eastern Europe, fertile plains flow to Black Sea and Sea of Azov, mountains in the west and south, high_land regions to west and east; 603,550 km2 (slightly < TX), 54% arable.

Book Description
A sweeping introductory examination of Ukrainian identity and history. . . . An exceptional history, the kind that supplies not pat answers but food for thought within a lush context of documented and mythological past. It is fascinating reading.

The mitten: a Ukrainian folktale
adapted and illustrated by Jan Brett