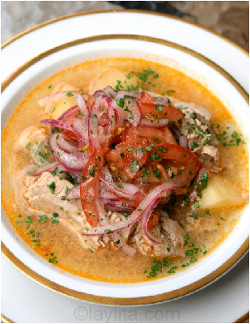 Encebollado de pescado is one of my favorite soups, the name is hard to translate, and literally it could be translated as onioned fish soup. Encebollado is made with fresh tuna, yuca or cassava root, tomatoes, onions, cilantro, spices and is served with curtido or pickled onions and tomatoes on top or mixed in with the soup, the pickled onions are what give it the name “encebollado”, it is a typical soup from the coastal region in Ecuador. This Ecuadorian tuna soup is very versatile and can be served for lunch, dinner and even breakfast or brunch, in fact it is known as the best hangover cure (like so many other Ecuadorian dishes) and restaurants that specialize in encebollado begin serving it in the early morning. 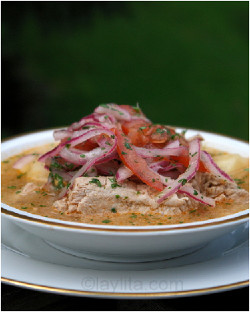 Yuca or cassava root is widely used in South America; it is difficult to find good quality fresh yuca in the most parts of the US (I was able to get some decent yucas at the Fiesta store when we lived in Austin) and when you buy the roots you don’t really know if the yuca inside is going to be good; while shopping at Fiesta one day I learned that the best way was to break the ends of the yuca roots off and check the yuca before buying it (the yuca should be completely white, any signs of brown lines or spots or dryness in the inside indicate that it isn’t good), however you could get away with this at Fiesta where they had huge amounts of yuca and everyone did this but I don’t think this could be done at places like Whole Foods that have a small section of 10 yuca roots. 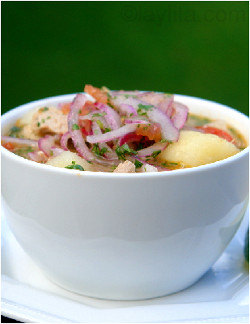 The solution is that now you can also buy it frozen from specialty Latin grocers or even online, which guarantees a minimum level of quality, but anyone who tastes real fresh yuca in South America will tell you there is a significant difference. If you are lucky enough to get fresh yuca it is important to peel it very well, there is a thin layer, almost pinkish, between the brown exterior and the white interior, that is toxic (no need to worry I have never heard of anyone getting sick from yuca) and should be removed. Yuca is usually prepared by boiling it, just like potatoes, it is done once it is soft but still slightly firm inside, the middle part of the yuca have string like membranes that should be removed either before cooking or after (sometimes it is easier to remove them after they are cooked); in Ecuador there are different doneness levels for yucas that are completely ripe and yucas that are younger, but most of the roots found in the US are probably completely if not overly ripe. Yucas are used in soups, served plain with salt as a side dish or with sauces on top, fried, grated, and even made into flour for baking, I’ve also had them in dessert recipes, but that isn’t as common as having them in savory dishes.

I prepared the encebollado with frozen yuca this time, but have a picture of the fresh yuca from a previous time I made this soup. Also, like most South American and Ecuadorian dishes the recipe varies from one city to another and even from one household to another, I had the soup before with additional vegetables such as potatoes and corn, but the essential ingredients are the tuna, yuca and the pickled onions on the top. 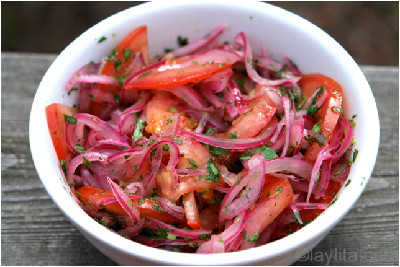 INSTRUCTIONS:
1. Heat the oil on medium heat to make a refrito with diced onion, tomato, cumin, chili powder and salt.
2. Add the water and cilantro springs, bring to a boil.
3. Add the tuna and cook for until the tuna is fully cooked, about 15 minutes.
4. Drain the tuna and keep the broth to cook the yuca.
5. Separate or break the tuna into small to medium size pieces.
6. Bring the tuna broth to a boil and add the yucas, cook until tender but firm, about 30-40 minutes for the frozen yuca.
7. Take the yuca from the broth, remove the strings and cut into bite size chunks.
8. Add the yuca chunks and tuna pieces to the broth, taste and add salt if needed.
9. Re-warm the soup if necessary and serve topped with a good amount of pickled onion and tomato salsa, if desired can also be served with avocado slices and extra lime slices. 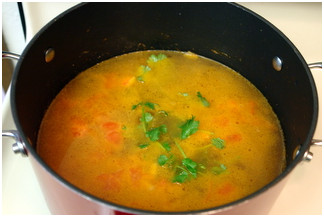 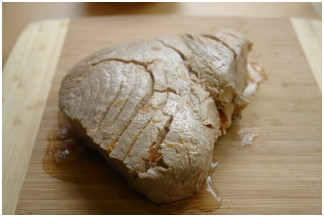 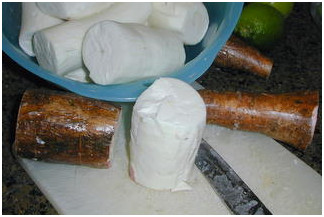 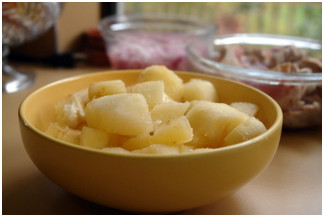 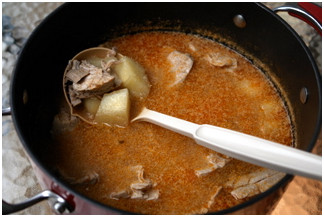 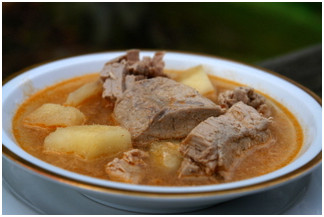 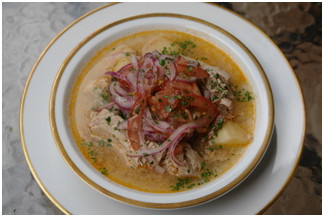 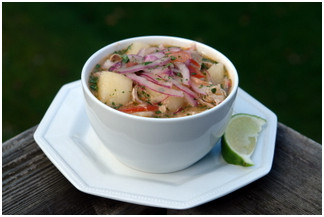 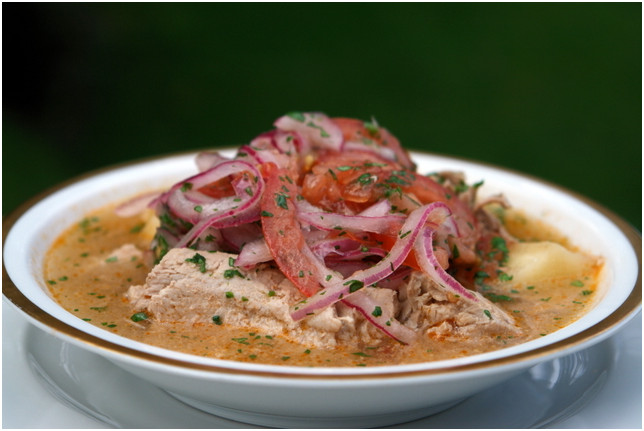