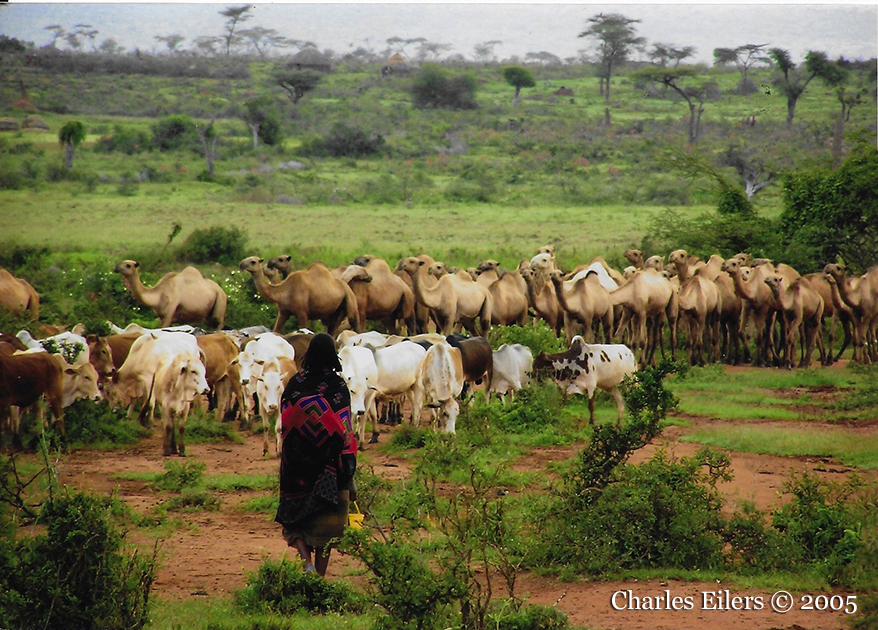 Many different cultural groups live along the winding Omo River in southern Ethiopia and depend on it for their livelihood. But a large hydroelectric dam, built to bring electricity to Ethiopia, threatens life on the river. The Kara live in a village perched on a bluff above the river. Kara women wear distinctive hairstyles and chalk face designs—and are known for the the beads and highly decorated leather hides they wear.
Charles Eilers © 2005
PCV Nigeria and Ethiopia 1966–1969
Teacher Training 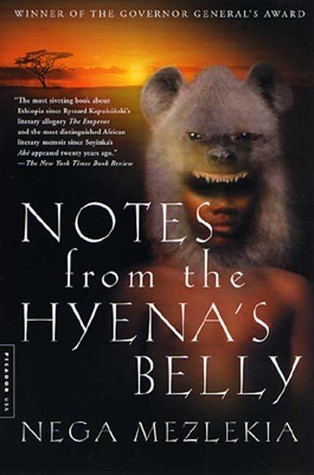 Notes from the Hyena's Belly: An Ethiopian Boyhood
Nega Mezlekia

Summary:
Winner of the Governor General's Award
A Library Journal Best Book of 2001
Part autobiography and part social history, Notes from the Hyena's Belly offers an unforgettable portrait of Ethiopia, and of Africa, during the 1970s and '80s, an era of civil war, widespread famine, and mass execution. "We children lived like the donkey," Mezlekia remembers, "careful not to wander off the beaten trail and end up in the hyena's belly." His memoir sheds light not only on the violence and disorder that beset his native country, but on the rich spiritual and cultural life of Ethiopia itself. Throughout, he portrays the careful divisions in dress, language, and culture between the Muslims and Christians of the Ethiopian landscape. Mezlekia also explores the struggle between western European interests and communist influences that caused the collapse of Ethiopia's social and political structure—and that forced him, at age 18, to join a guerrilla army. Through droughts, floods, imprisonment, and killing sprees at the hands of military juntas, Mezlekia survived, eventually emigrating to Canada. In Notes from the Hyena's Belly, he bears witness to a time and place that few Westerners have understood.

Editorial Reviews
"Hyenas are the most common, notorious predators in Ethiopia," notes Mezlekia, thus their power in local myth and as a metaphor for the forces that have torn Ethiopia apart in recent decades. This lyrical memoir of an Ethiopian childhood echoes both the myth and the violence of the hyena. In the first third of his literary debut, Mezlekia intersperses accounts of his mischievous, rebellious childhood with the magical tales told by his family to interpret various experiences: magic and spirits were part of everyday life for young Mezlekia. He also carefully delineates the customs of and relations between the Christian and Muslim communities in his hometown of Jijiga. (Mezlekia's mother, though a Christian, took her son to a Muslim medicine man to cleanse him following a series of boyish escapades.) But a third of the way through the text, the material world supplants the world of the spirit and innocence that governed Mezlekia's early childhoodAsocial and political upheaval ruled Ethiopian life in the late 1970s and '80s. At times, Mezlekia, who now lives in Canada, does not clearly describe the various factions that wrestled for power when he was a teenager and college student. But he treats the chaos and famine that enveloped his country with seriousness and styleA"The revolution was eating Ethiopian children at an alarming rate"Aand even while recounting famine and war, he never loses the wit that no doubt helped him to survive some of the worst humanity has to offer. (Jan.) Forecast: This lovely and terrible memoir will undoubtedly be well reviewed and thus reach readers interested not only in the fate of Africa but also in a lyrical account of a foreign childhood.

Born in 1958, the year he calls "the year of paradox," Mezlekia has written an intriguing book about growing up in Jigiga, Ethiopia. Full of adventure, political struggle, and intrigue, his memoir works as a coming-of-age story as well as a glimpse into a world of political corruption and change that Westerners rarely get to know so intimately. Mezlekia writes, "We children lived like the donkey, careful not to wander off the beaten trail and end up in the hyena's belly." He describes the careful divisions in dress, language, and culture between Muslims and Christians and brings them to life through vivid portraits of the people who populated his landscape. Mustafa and Ms. Yetaferu, two permanent houseguests, provide beautiful insight into these two religious and cultural stances in life. Mustafa's business adventures and Ms. Yetaferu's religious ceremonies stand in contrast to each other, creating a dynamic household. Mezlekia's tales of the spiritual and religious beliefs are some of the most fascinating parts of his life. He honors us with the telling of this rich story. Highly recommended for all libraries. —DBarbara O'Hara, Free Lib. of Philadelphia

Readers' Comments
The author's personal memories of growing up in Ethiopia are interwoven with everyday life - traditions, rituals, tales, as well as political events. The authors' general tone of narration is playful, which, with a change in the regime, changes into a serious, tragic (both at the personal and national level) narrative that offers a fairly general insight into the recent history of Ethiopia. Not bad, but also not great..

The book is aptly titled because it is a series of notes. The first are notes are from Nega Mezlekia's childhood which is heavily influenced by folklore and superstition. The culture accepts child abuse at school and at home and if corporal punishment fails, healers are called on to expel demons in the most unscientific ways. The writing style of this memoir evokes novels of magical realism.
The content and dearth of material on Ethiopia make this an important book. We see how the fall/murder of Haile Selassie unleashed years of instability on a population. Not joining one side or another could be more dangerous than choosing up. Mezlekia experiences the chaos as a fighter, a refugee, prisoner, and family head. While the country aches in misery he finds a niche.
The book is not only part memoir, history and literature, it is also one part travelogue. Every trip—be it a march, a water seeking mission, a refugee exodus, a visit to home or relatives or going off to school—is an adventure. Cities with interesting features are visited and through them we learn more of Ethiopia's history.
These "notes" capture the reader such that it is only pages later the reader wants to know more. Mezlekia dodged a lot of bullets both literally and figuratively, managed to get a very coveted university slot and then easily attained asylum in Canada. There has to be more to this story, but with the title "Notes" the book does not purport to be more and this is part of its charm.

This is an extraordinary, poignant memoir of a young life lived in a country, Ethiopia, that passed through turmoil into chaos. The most remarkable thing about the narrative is that there is no sense of bitterness or resentment. He tells the tale of himself and his family in a clear-eyed manner, a tale filled with insight and sympathy and a great deal of humor.
For those looking for one, this is also the story of Ethiopia itself during its tumultuous 1960s and 1970s.

One of the most humorous and touching stories that I’ve ever read in my life. Nega manages to successfully describe the horrors of his childhood in Ethiopia and his stint as a child soldier in a funny and touching manner. At times I felt as if the author was not even aware of how funny he is. I recommend this read for anyone who wants to know more about Ethiopia and Somalia's history through the eyes of an actual Ethiopian. There are moments in this book that will make you both laugh and cry. 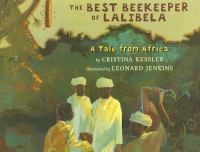 The Best Beekeeper of Lalibela: A Tale from Africa
By Cristina Kessler; illustrated by Leonard Jenkins

In the Ethiopian mountain village of Lalibela, famous for its churches and honey, a young girl is determined to find a way to be a beekeeper—despite being told that is something only men can do. 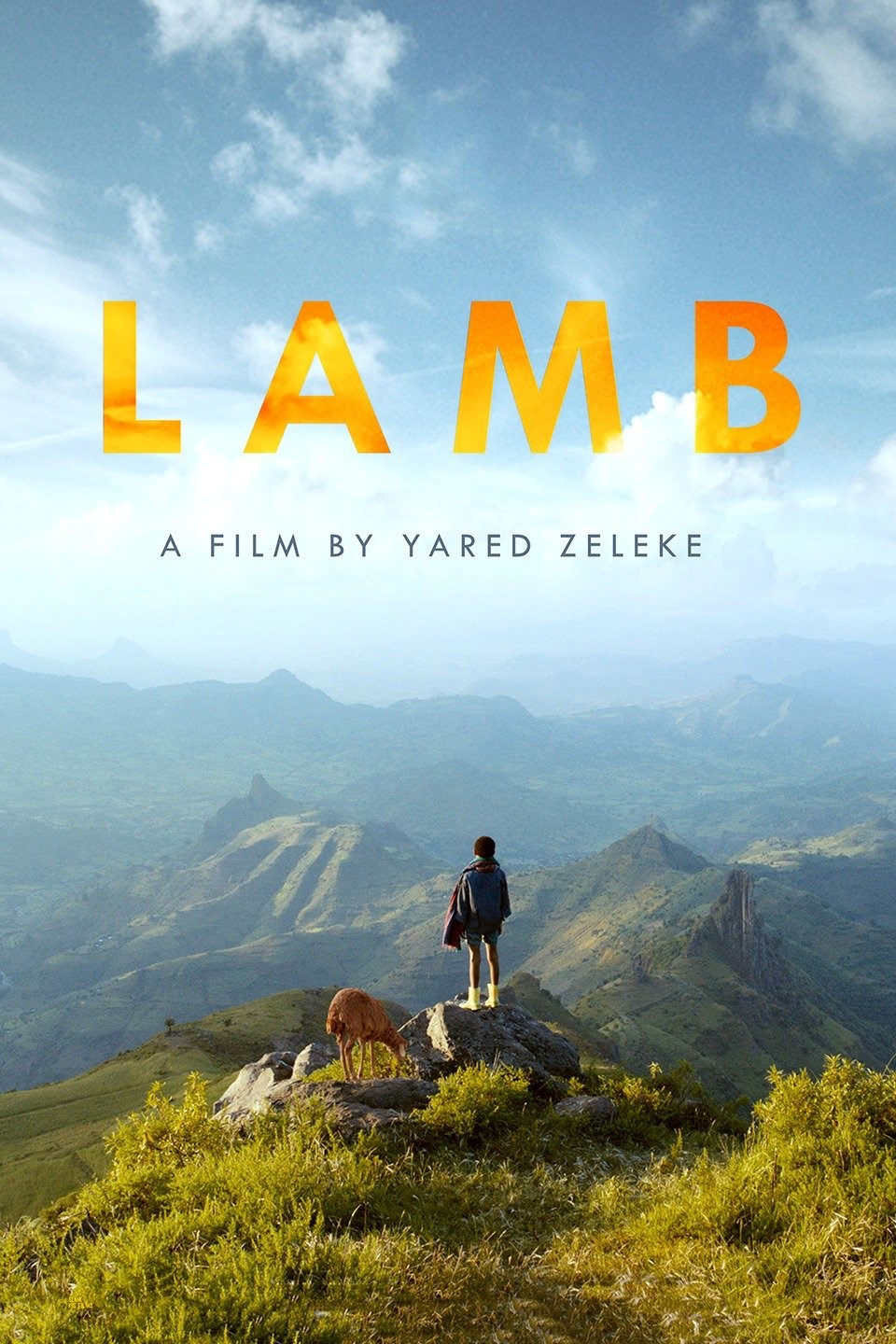 Summary: When Ephraim, an Ethiopian boy, is sent from his homeland to live with distant relatives after the death of his mother, he takes his beloved sheep with him. One day, his uncle announces that he will have to sacrifice his sheep for the upcoming religious feast, but Ephraim is ready to do anything to save his only friend and return home. Lamb was screened in the Un Certain Regard section at the 2015 Cannes Film Festival and was the first Ethiopian film to be included in the Official Selection. It was screened in the Contemporary World Cinema section of the 2015 Toronto International Film Festival and was selected as the Ethiopian entry for the Best Foreign Language Film at the 88th Academy Awards (but was not nominated).