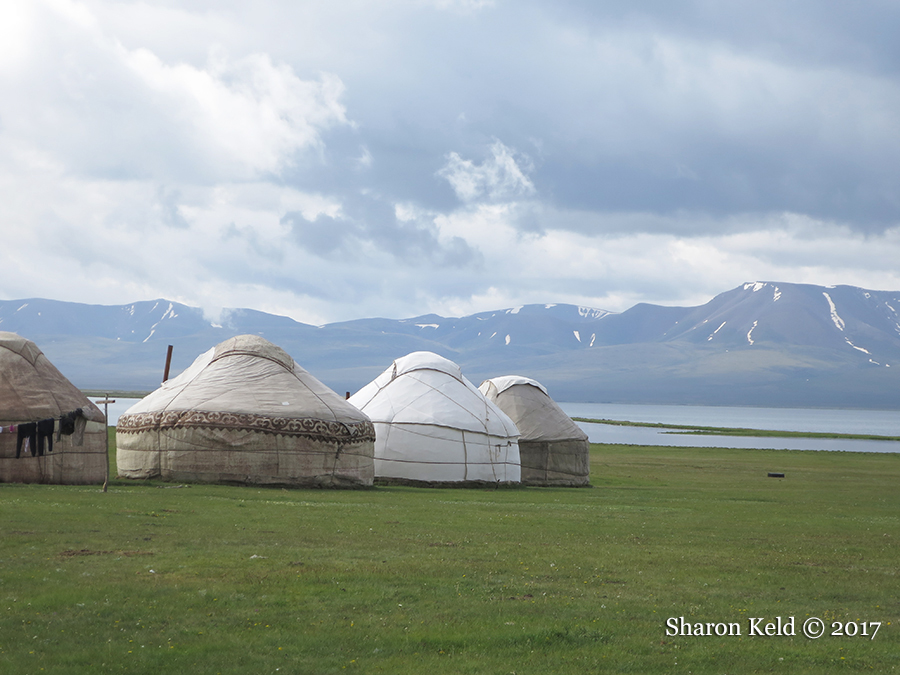 Accessible only from June through August, Lake Söng-Kol sits beside a lush jailoo, or summer pasture. Ringed by mountains, this is the summer home to semi-nomadic shepherds and their families, who graze goats, sheep, and cows—and host curious travelers eager for yurt-stays. Yurt floors and walls are covered with shyrdaks, colorful felted carpets, and stoves are fueled with dung for warmth on cold nights. Kyrgyz hospitality includes tea, kumis—the traditional Kyrgyz drink made from fermented mare's milk—and delicious dumplings made with vegetables and meat.
Sharon Keld © 2017
PCV Morocco 2006–2008
PC Response Philippines 2009–2010, Armenia 2011
Small Business Development

Languages Kyrgyz (off.), Uzbek, Russian (off.), other 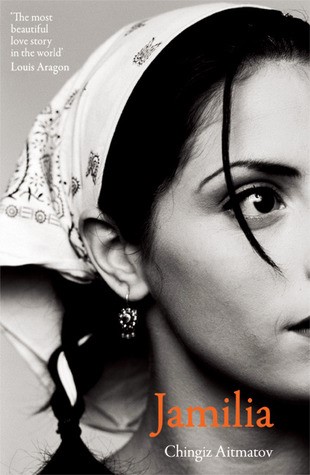 Summary:
Jamilia is the first major novel by Chingiz Aytmatov, published originally in Russian in 1958. The novel is told from the point of view of a fictional Kyrgyz artist, Seit, who tells the story by looking back on his childhood. The story recounts the love between his new sister-in-law Jamilya and a local crippled young man, Daniyar, while Jamilia's husband, Sadyk, is "away at the front" (as a Soviet soldier during World War II).
Based on clues in the story, it takes place in northwestern Kyrgyzstan, presumably Talas Province. The story is backdropped against the collective farming culture which was early in its peak in that period.
Louis Aragon lauded the novelette as the "world's most beautiful love story".

About the author:
Chingiz Aïtmatov was born in Kyrgyzstan in 1928. His work appeared in over one hundred languages, and received numerous awards, including the Lenin Prize. He was the Kyrgyz ambassador to the European Union, NATO, UNESCO and the Benelux countries.

Readers' Comments
I bought this little book in a charity shop on a total whim, purely because I didn't think I had ever read an author from Kyrgyzstan. I am so glad I did, because it was absolutely wonderful.
The narrator of the tale is teenager Seit, and Jamilia is his sister-in-law. The story tells of the love between Jamilia and a shy newcomer to the village, Daniyar. I think because it is told by the youngster, there is a certain innocence in the telling, which is very effective.
My copy of this book has a quote on the front cover to the effect that this is "the most beautiful love story in the world". What that doesn't convey is that this is not just a love story in the sense of a romance, but also about a deeper love— a love for the land, for tradition, for music, for art, for life itself. …
There is such a wonderful sense of time and place here too—I felt totally immersed in rural life on the steppe. The language/translation is lyrical and flowing. I loved the fact, too, that the romantic heroine Jamilia is a strong, capable and assertive woman.
This book is an absolute gem. I loved it - can you tell?!

I think the confusion about what this Aitmatov's 1958 short lyrical novella actually *is* stems from the often-quoted remark by the French writer Louis Aragon, hailing it as 'the most beautiful love story in the world'.
It *is* a love story of sorts, but it's *not* a romance. Seeing it as just a tale of two lovers is akin to reducing 'Anna Karenina' to nothing more but Anna and Vronsky's affair.
Love in this novella is far more than simply romance. It has a multitude of faces; it encompasses everything - from tender attraction between two young people to kind familial affection to deeply ingrained love for the quiet beauty of your homeland to the love of art and longing for self-expression.
Set in 1943, in a small Kyrgyz village on the shores of a turbulent river in the shadow of the mountain range and teetering on the edge between old tribal life and the new expectations of Soviet living. Tribal laws still hold strong, but the former nomads are now living in the villages and working in kolkhoz; patriarchal customs are observed, but the young men are away at war…
This 'most beautiful love story in the world' is because of the exhilarating, all-encompassing love and admiration for life and land that stems from every word in it, going lightyears beyond the simple romance, pouring its soul out on the pages, beckoning the reader to look past the familiar and into the heart of real wondrous beauty, and to find something wonderful deep inside our souls on this journey.

Speaking Soviet with an Accent: Culture and Power in Kyrgyzstan
By Ali F. Igmen 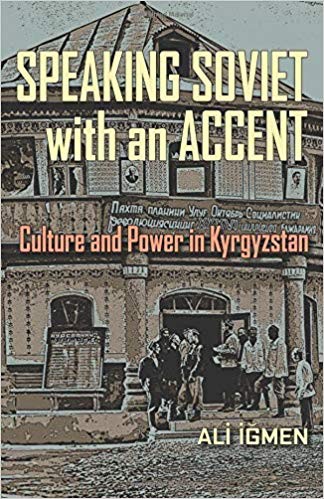 Speaking Soviet with an Accent presents the first English-language study of Soviet culture clubs in Kyrgyzstan. These clubs profoundly influenced the future of Kyrgyz cultural identity and fostered the work of many artists, such as famed novelist Chingiz Aitmatov.
Based on extensive oral history and archival research, Ali Igmen follows the rise of culture clubs beginning in the 1920s, when they were established to inculcate Soviet ideology and create a sedentary lifestyle among the historically nomadic Kyrgyz people. These “Red clubs” are fondly remembered by locals as one of the few places where lively activities and socialization with other members of their ail (village or tribal unit) could be found.
Through lectures, readings, books, plays, concerts, operas, visual arts, and cultural Olympiads, locals were exposed to Soviet notions of modernization. But these programs also encouraged the creation of a newfound “Kyrgyzness” that preserved aspects of local traditions and celebrated the achievements of Kyrgyz citizens in the building of a new state. These ideals proved appealing to many Kyrgyz, who, for centuries, had seen riches and power in the hands of a few tribal chieftains and Russian imperialists.
This book offers new insights into the formation of modern cultural identity in Central Asia. Here, like their imperial predecessors, the Soviets sought to extend their physical borders and political influence. But Igmen also reveals the remarkable agency of the Kyrgyz people, who employed available resources to meld their own heritage with Soviet and Russian ideologies and form artistic expressions that continue to influence Kyrgyzstan today. 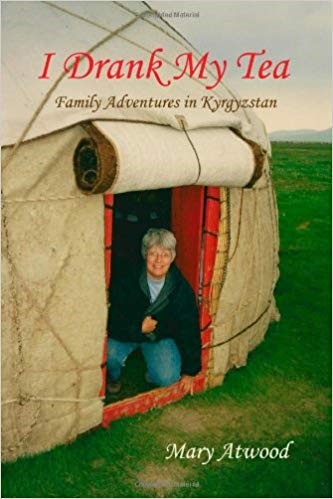 I Drank My Tea: Family Adventures in Kyrgyzstan
Mary Atwood

Mary and Tracy Atwood moved with their three teenage children to Bishkek, Kyrgyzstan, in the fall of 1999. This memoir describes the joys and challenges of expatriate family life in Kyrgyzstan. 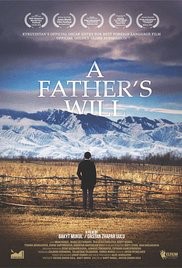 Summary: After living as an immigrant in the USA for 15 years, Azat flies to Kyrgyzstan to his family village. His father, Murat, died in the USA a year ago. It was his dying wish to pay back the money he owed to the villagers. Azat discovers the family home derelict. Choro, the younger brother of Murat, and their relations left a long time ago. Despite most villagers not liking him, Azat repairs the family home and repays the money his father owed. One day, Choro, who was imprisoned because of Murat, arrives and the most important question about Murat's will is decided. Official submission of Kyrgyzstan for the 'Best Foreign Language Film' category of the 89th Academy Awards in 2017.