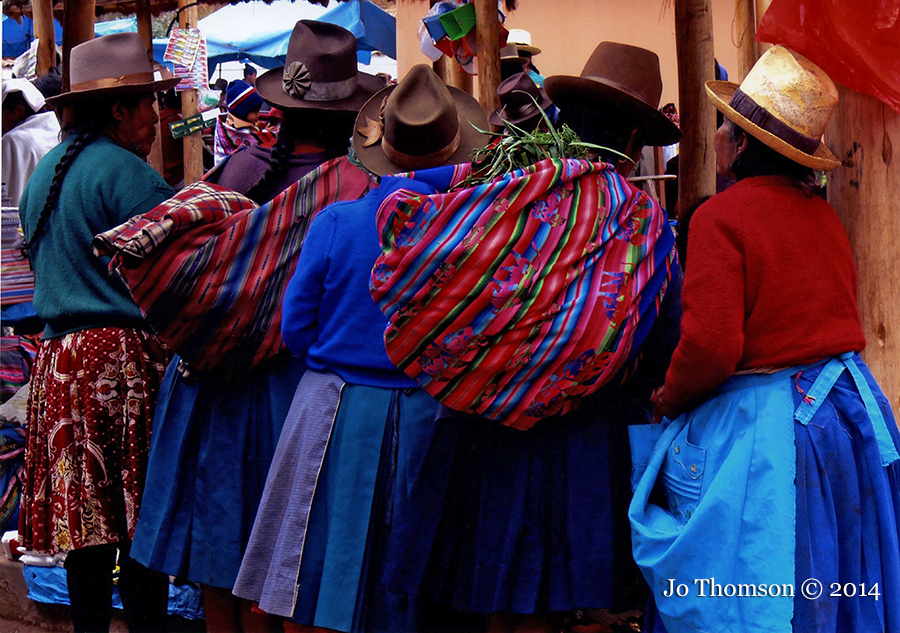 Markets in Peru are the domain of women—they are the sellers and the buyers. The markets are where you go for staples, fresh produce, and meat and fish. You can even grab a hot meal while there, and if you’re lucky, you might also catch some of the latest news and gossip.
Jo Thomson © 2014

Religions Roman Catholic 60%, Evangelical and other Christian 15%, unspecified 21%, none 4% 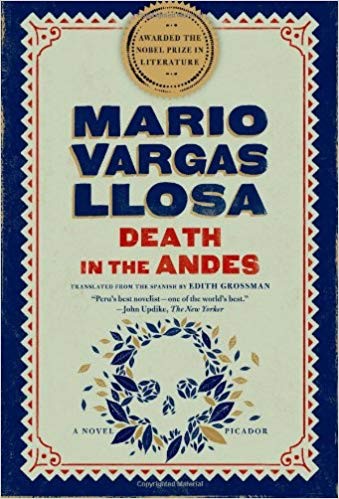 Summary:
In a remote Andean village, three men have disappeared. Peruvian Army corporal Lituma and his deputy Tomás have been dispatched to investigate, and to guard the town from the Shining Path guerrillas they assume are responsible. But the townspeople do not trust the officers, and they have their own ideas about what forces claimed the bodies of the missing men. To pass the time, and to cope with their homesickness, Tomás entertains Lituma nightly with the sensuous, surreal tale of his precarious love affair with a wayward prostitute. His stories are intermingled with the ongoing mystery of the missing men.
Death in the Andes is an atmospheric suspense story and a political allegory, a panoramic view of contemporary Peru from one of the world's great novelists.

About the author:
Mario Vargas Llosa was awarded the Nobel Prize in Literature in 2010 "for his cartography of structures of power and his trenchant images of the individual's resistance, revolt, and defeat." Peru's foremost writer, he has been awarded the Cervantes Prize, the Spanish-speaking world's most distinguished literary honor, and the Jerusalem Prize. His many works include The Feast of the Goat, The Bad Girl, Aunt Julia and the Scriptwriter, The War of the End of the World, and The Storyteller. He lives in London.

“Well-knit social criticism as trenchant as any by Balzac or Flaubert . . . This is a novel that plumbs the heart of the Americas.”

“Meticulously realistic descriptions of this high, unforgiving landscape and the haunted people who perch there . . . merge into a surreal portrait of a place both specific and universal.”

This was an excellent story with great characters and captivating narration. Lituma is now stationed in the mountains in Naccos (after being ejected from Piura after Palomino Molera and needs to solve a triple homicide which superficially looks like it may be the work of the Sendero Luminoso terrorists (whom we also get glimpses of during the book through some of their victims). The pace never lets up and we also are treated to local folklore like in The Storyteller which plays an important part in the story as well. I liked the triple narrative framing of each chapter and found each character engaging and realistic. … Mario Vargas Llosa is an extraordinary storyteller and novelist and this was another standout book for me.

After finishing Death in the Andes, it’s easy to see why Llosa is Peru’s most famous novelist, and why he earned the Nobel Prize.
In the beginning, I didn’t like it much. It seemed very dark and overly masculine. A policeman and his assistant are stationed at a remote post in the Andes, charged with rooting out the Shining Path terrorists. The assistant entertains his boss by telling the story of his unrequited and tragic love. Meanwhile, mysterious and sinister forces in the village coalesce and make the corporal almost crazed with curiosity.
Some of the themes, masterfully interwoven into a gripping novel, include

As a female reader, I was constantly aware of the lack of women characters with whom I could identify. Also, as a North American, I very much felt like an outsider looking into an alien culture. These aren’t necessarily bad things, just something to note.
It was fascinating to watch the author develop a relationship between the policeman and the local bartender (aptly named Dionisio) and his wife. The latter are at first repulsive, embodying paganism, wild abandon, alcohol abuse, sexuality, and everything the more “civilized” policeman considers abhorrent. His obsession with solving three disappearances, however, leads him to become a more sensitive (and possibly even believing) listener. This plot line was one of the most important for an outsider like me wanting to peek inside Peruvian village life.
Also, without giving anything away, be forewarned that the ending is a punch in the gut that you won’t soon forget. 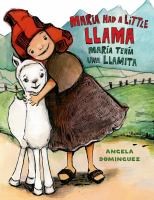 An adaptation of the familiar rhyme “Mary Had a Little Lamb” set in Peru. Each verse is told in both English and Spanish. 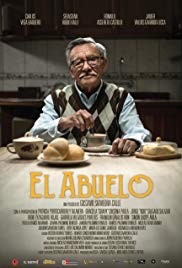 Summary: Abuelo/Grandpa is about to turn 80. His son and grandsons begin a journey to his homeland, Huamachuco, a place he has not seen since he was 9 years old. Along the way they discover an unexpected past and the journey will become a path of no return. El Abuelo is directed by Gustavo Saavedra and was released in 2018.