NYTimes Letter to the Editor on China Trade Relations 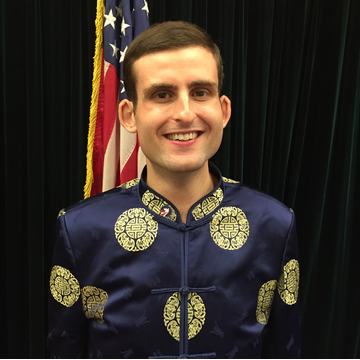 Ben Deese, a member of RPCVs of Wisconsin-Madison since February 2019, served in the People’s Republic of China from 2016 to 2018. Before Peace Corps withdrew Volunteers from China earlier this year, the post had its main office in Chengdu, Sichuan. As a Volunteer in a city northeast of Chengdu, Ben spent a lot of time in the Sichuan capital. He is a budding China watcher and is concerned about the deterioration in relations between our countries.

Ben's following Letter to the Editor was published by the New York Times as a Times Pick. You can read the full article, China Orders U.S. to Shut Chengdu Consulate, Retaliating for Houston, and his Letter at this permalink.

I was a Peace Corps Volunteer in Sichuan, China from 2016 to 2018, and worked as a Secondary Education Teacher at Mianyang Teachers' College (which is northeast of Chengdu). What is happening in US-China relations right now is an utter tragedy. Luckily, I made lasting relationships with Chinese people in Chengdu, Mianyang, and other cities in Sichuan. I continue to remain in contact with many of my friends and former students in those cities through social media, despite information restrictions and censorship imposed by the Chinese Communist Party.

However, despite my strong personal relationships, it is extremely difficult to explain the United States and our American ideals right now because of the hawkish foreign policy emanating from the White House. I worry if this deterioration in relations continues, all the positive work the Peace Corps did in China from 1993 until 2020 as the US-China Friendship Volunteers will be lost.

The United States most definitely needs to rework its relationship with the People's Republic, but what the Trump Administration is doing may hurt American economic and political interests more than it may help. Rising xenophobia will also endanger Chinese Americans and other Asian Americans who are as much a part of our nation and who contribute to our societal fabric as much as any other citizen. This same xenophobia may also scare away foreigners who could become assets to our country, if they chose to immigrate.