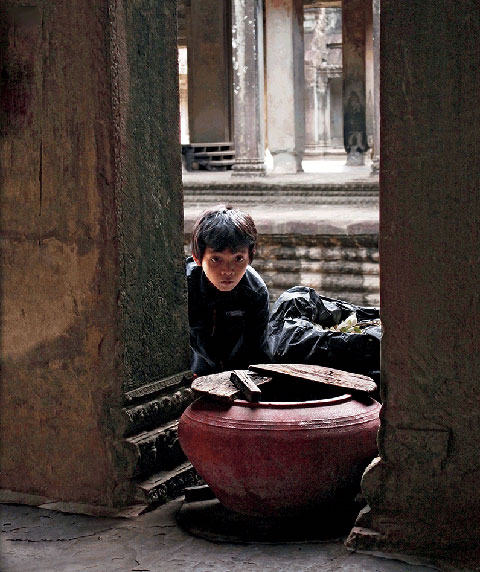 Children in the temples of Angkor appear, then disappear like phantoms among the ornately carved colonnades. Centuries ago, when Khmer kings ruled these lands, men and elephants transported monolithic stones from far off quarries to construct the holy temples of Angkor Wat, Angkor Thom, Banteay Srei, and Beng Mealea.
Today the temple shrines, shrouded in incense, continue to serve as sites of worship for local and distant followers who make the pilgrimage to these fabled stone splendors. In addition to these awesome sites rising out of tropical forest, foreign visitors discover an enchanting people who, having survived decades of war and ravage, nonetheless graciously extend their kindness to strangers in ways that haunt one’s memory.
Photo © 2011 Jeff Meide
Peace Corps Volunteer, Botswana 1986-1989 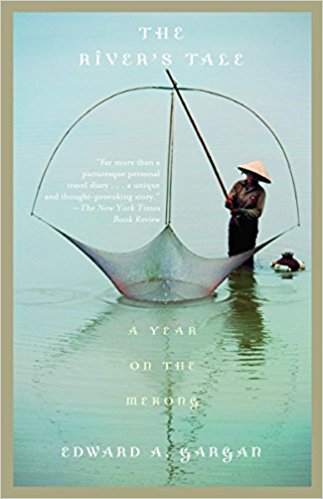 Book Description
In a legendary trip down the Mekong, a NYT correspondent profiles Cambodia, once a very troubled and impoverished nation, now grappling with technology and on-rushing modernity. 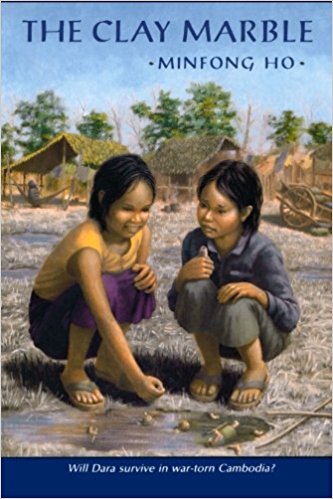 The Clay Marble
by Minfong Ho